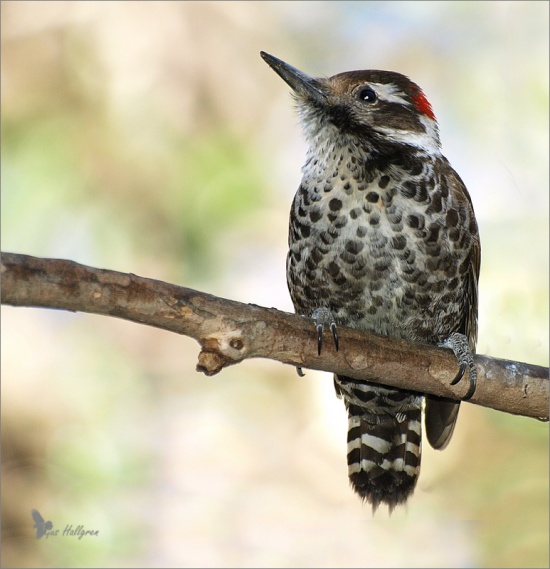 Males have a red nape patch

Pine forests and mixed pine-oak slopes, wooded gardens and canyons at heights of about 4,500 to 7,000 feet.

They nest in a cavity excavated from a dead tree trunk. Three to four white eggs are laid on a bed of wood chips.

Search for photos of Arizona Woodpecker in the gallery