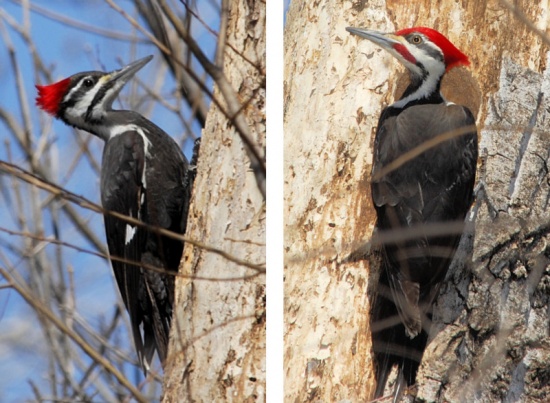 Ivory-billed Woodpecker and Imperial Woodpecker, both of which are thought to be extinct 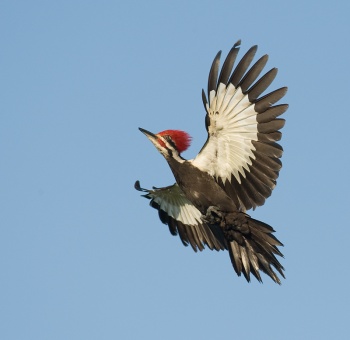 Canada, the eastern United States and parts of the Pacific coast.

Nests are excavated in the cavities of dead trees.

Search for photos of Pileated Woodpecker in the BirdForum Gallery

Search for videos of Pileated Woodpecker on BirdForum TV