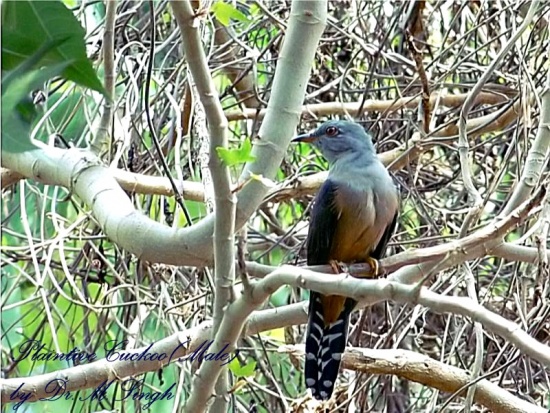 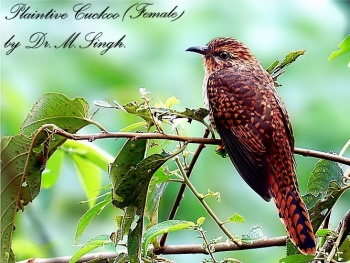 Females are similar but can also occur in a rufous morph, bright rufous above, barred with black, a plain rufous tail, throat and breast and dark-barred whitish rest of underparts.
Juveniles are variable, some are all dark grey, others rufous.

Grey-bellied Cuckoo has all grey underparts and dark grey upperparts. However, the songs are the same and juveniles look very similar. 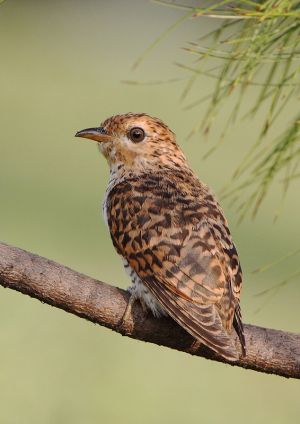 From the eastern Himalayas to southern China through Southeast Asia to the Greater Sundas, and Sulawesi. Resident in Malaysia.
Common to very common in most of its range.

Found in the forest edge, scrub and plantations frequenting the crown of tall trees.

Search for photos of Plaintive Cuckoo in the gallery