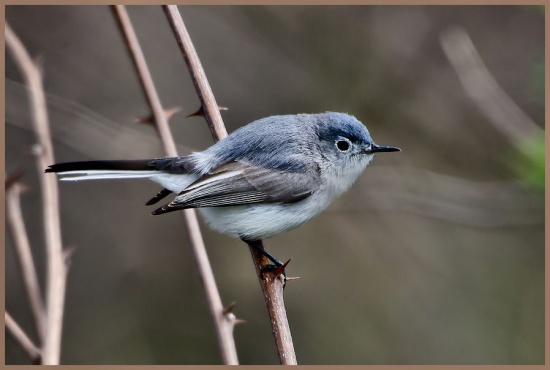 4 1/2 -5" (11-13 cm)
Smaller than a sparrow. Tiny, slender, long-tailed bird, blue-gray above and white below, with white eye ring and broad white borders on black tail. 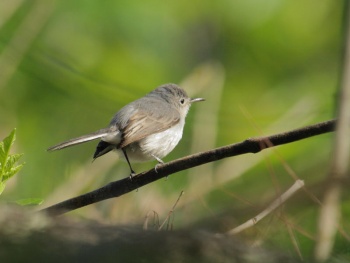 This is a polytypic species, consisting of eight subspecies[1]: 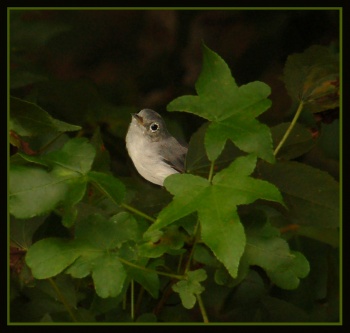 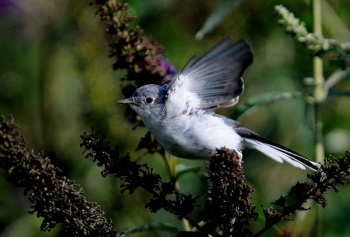 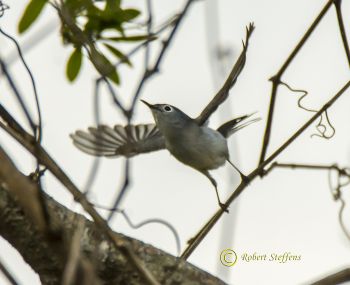 Hyperactive and hard to capture, gleams insects of shrubs and trees, acts like a wren.

The clutch consists of 4 or 5 brown-spotted pale blue eggs laid in a small, beautifully made cup of plant down and spider webs, decorated with flakes of lichen and fastened to a horizontal branch at almost any height above ground.

Song is a thin, musical warble. Call note a distinctive, whining pzzzz, with a nasal quality.