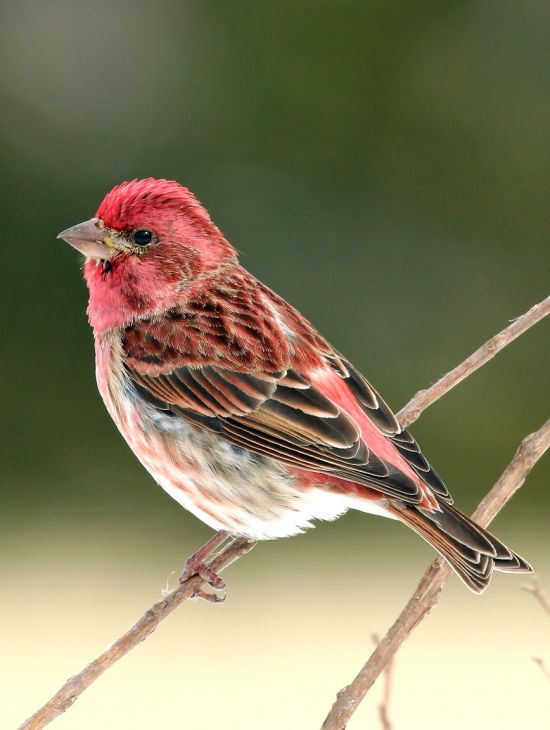 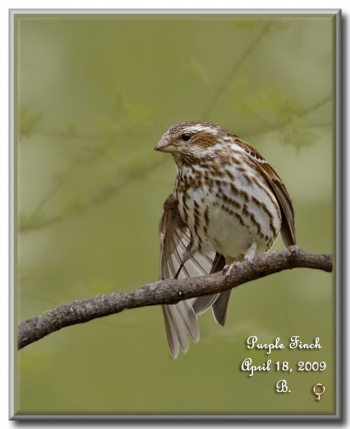 Like the House Finch, it has a rare golden-yellow variant of the normal red plumage. 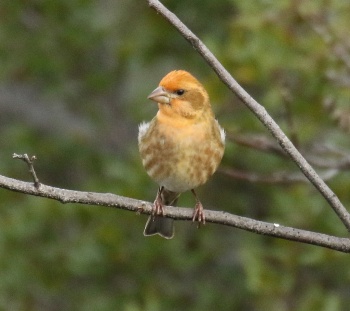 Canada and both the western and eastern United States. Winters south as far as the U.S.-Mexico border. 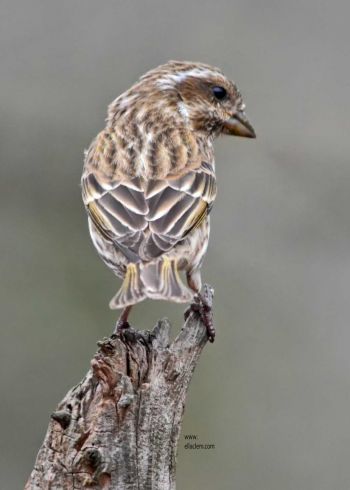 This is a polytypic species consisting of two subspecies:1

Coniferous and mixed forest, as well as various wooded areas along the U.S. Pacific coast.

They have been displaced from some habitat by House Sparrows and then the introduction of House Finches in the east.

They forage in trees and bushes, sometimes in ground vegetation. They mainly eat seeds, berries, buds and blossoms, usually from outer branches of trees and sometimes from the ground.

The nest, a cup of twigs and grass and usually lined with hair, is built in a conifer. The 3-5 light greenish blue eggs, are marked with brown and black; they are incubated for 13 days by the female.

Song is a mellow, rich warbling.
Call is a sharp pik in flight.

Listen in an external program Listen to a Purple Finch song clip
Recording © by Joseph Morlan
Pacifica, California, 02 May 2020

This is the state bird of New Hampshire.

Search for photos of Purple Finch in the gallery

Search for videos of Purple Finch on BirdForum TV