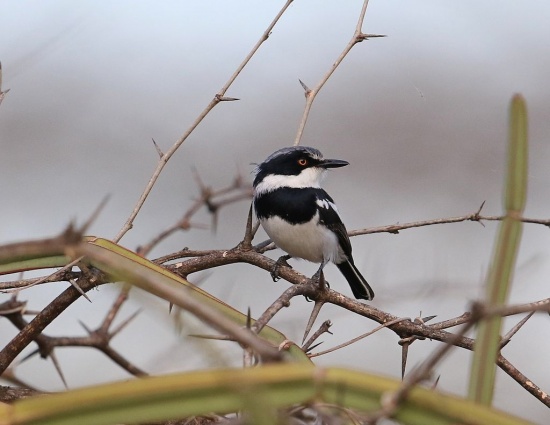 Female similar, but has a rufous breast band. 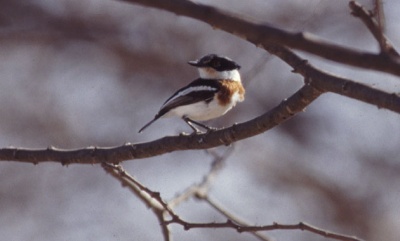 Chinspot Batis, which has a longer tail.

Their main diet consists of insects, mainly foraged in bushes and trees. The also sally out from perches.

Search for photos of Pygmy Batis in the gallery