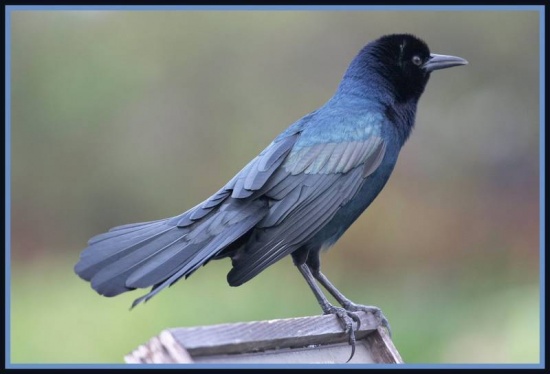 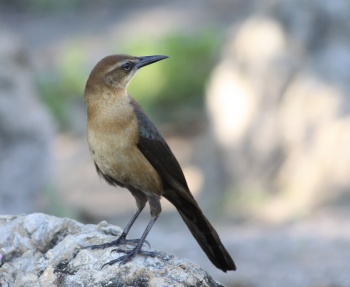 Female
Photo by tetoneon
East of Fort Myers, Florida, May 2014

Resident along coasts from New Jersey south and west to Louisiana; also inland in peninsular Florida. Rare but regular breeder north along coast to Massachusetts.

Only one accepted inland record at Braddock Bay Bird Observatory in New York.

This species and its close relative the Great-tailed Grackle were thought to be a single species until it was found that both nest in southwestern Louisiana without interbreeding. 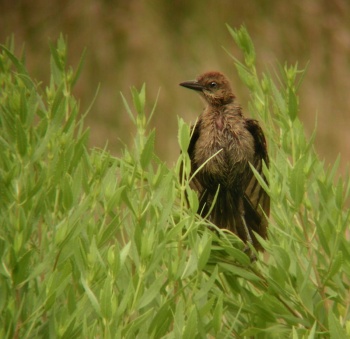 This is a polytypic species, consisting of four subspecies[1]:

Marshes along the coast; in Florida, also on farmlands. 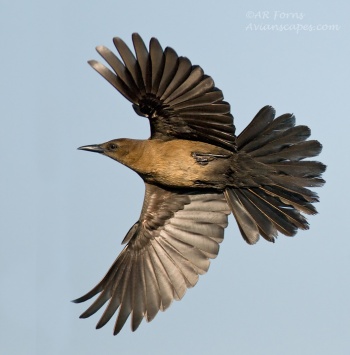 The clutch consists of 3 or 4 pale blue eggs, spotted and scrawled with brown and purple. The nest is a bulky cup of grass, mud, and decayed vegetation placed from 2 to 10' (60 cm to 3 m) up in marsh grass or bushes.

Search for photos of Boat-tailed Grackle in the gallery

Search for photos of Boat-tailed Grackle in the gallery