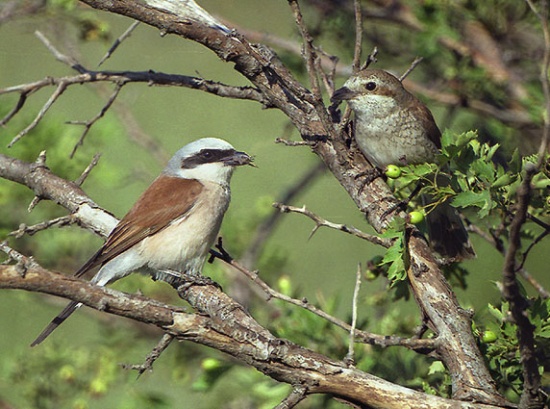 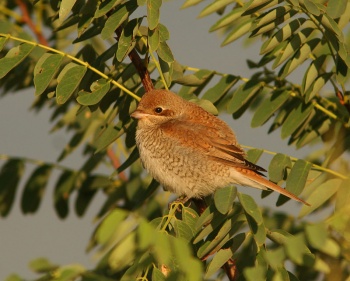 Red-backed Shrike was formerly a fairly common summer visitor to the UK, but is now only a sporadic breeder. It can still be seen on passage, mainly on the east coast. It still breeds - though often at low density - in most of mainland Europe and northwest Asia (east to western Siberia) between roughly 40° to 65°N latitude. According to The Birds of the Western Palearctic - Concise Edition there were an estimated 200,000 - 210,000 pairs in Ukraine in 1986, and the population is fairly stable. It also breeds in southwest Asia from Turkey to northwest Iran. Further east, it is replaced by Brown Shrike, and southeast, by Isabelline Shrike; some hybridisation with both occurs where their ranges meet.

The birds winter in tropical and southern Africa. 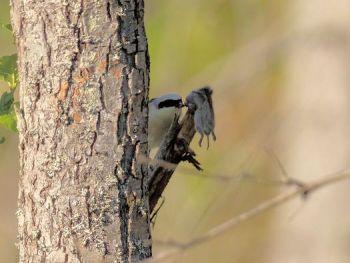 The diet includes large insects, small birds, voles and lizards.
As with most other shrike species, it impales its prey on spikes.

Search for photos of Red-backed Shrike in the gallery

Search for videos of Red-backed Shrike on BirdForum TV