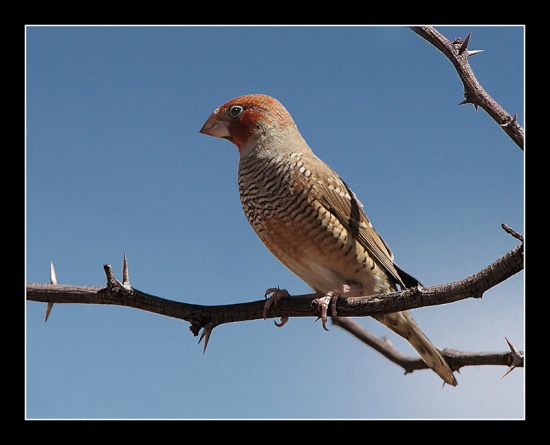 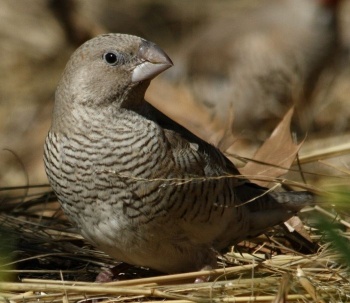 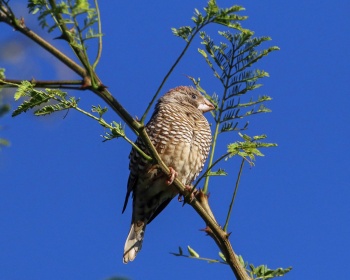 Breeding: Breeds mainly in the winter months (February to September) throughout southern Africa; almost any month in the Kalahari, depending on rainfall. Nest: Pad or ball of grass and feathers; in old nest of sparrow, Ploceus weaver (especially of Chestnut Weaver in n Namibia), Red-billed Buffalo Weaver, Sociable Weaver, or in hole in tree or building; solitary or in small colony of 2-3 pairs in adjacent nest chambers. Clutch: 2-4, 2-11 eggs (usually 4-6). Eggs: White and rounded. Incubation: 12-14 days by both sexes. Nestling: 15-21 days; fed by both parents.

This species has been known to hybridise with the Cut-throat Amadina fasciata (Tarboton, 2007).

Its diet includes seeds and insects.

Search for photos of Red-headed Finch in the BirdForum Gallery