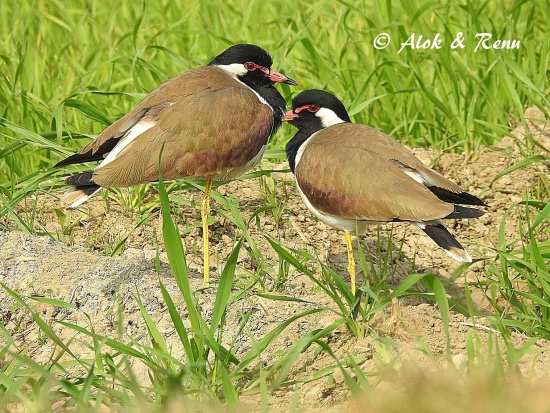 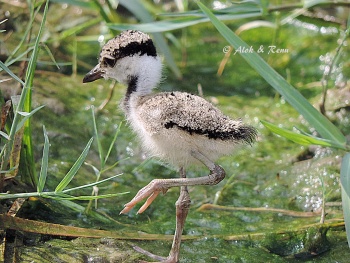 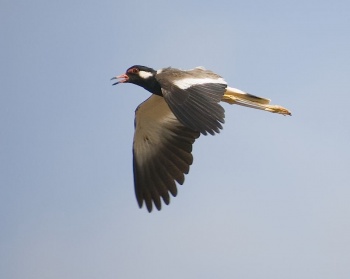 Its nest is a ground scrape; the clutch consisting of 3-4 buff eggs with black blotches.

Their diet consists mostly of insects and larvae such as ants, beetles, caterpillars, insects, snails and other invertebrates, as well as some vegetation. 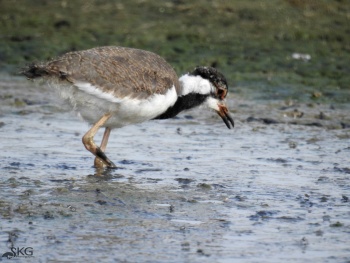 A very noisy bird.
Call: What ya doin. When excited: What are you doin and when they get really stressed it sounds more like What ya think ya doin.

Recording by Alok Tewari
Keoladeo National Park, India, April-2015
Panic / frantic calls by a group of birds.
In the file below can be heard the mating call followed by usual communicating calls:

Search for photos of Red-wattled Lapwing in the gallery

Search for videos of Red-wattled Lapwing on BirdForum TV