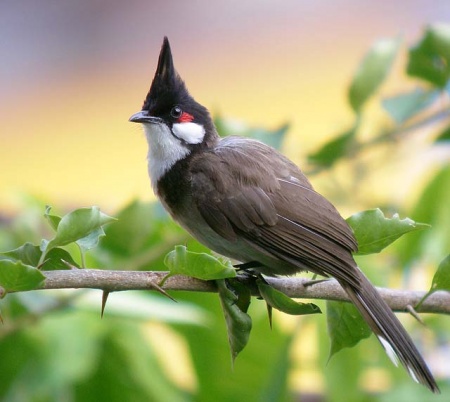 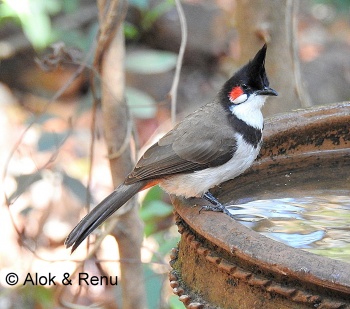 Sexes are similar in plumage, but young birds are duller than adults.

They have been introduced to many areas, including Australia, Hawaii, Florida, and California. 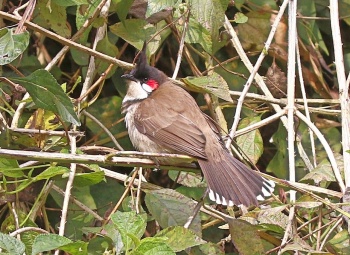 They build their nest in a bush; the clutch consists of 2-3 eggs. 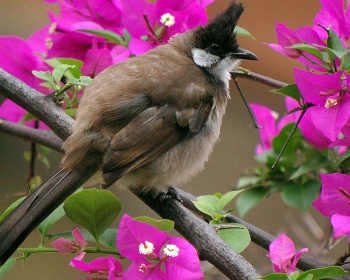 Search for photos of Red-whiskered Bulbul in the BirdForum Gallery

Search for videos of Red-whiskered Bulbul on BirdForum TV