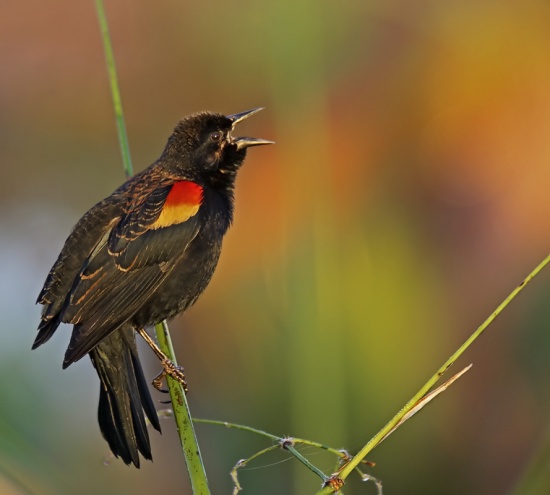 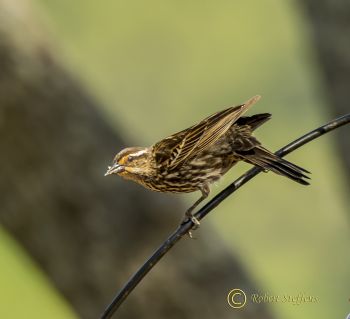 Easily confused with the Tricolored Blackbird, which is only found in western USA, from Southern Oregon south to Baja California.

Breeds from Alaska east across Canada to Newfoundland and south to northern Baja California, central Mexico, the Gulf coast, and Florida.

The Red-shouldered Blackbird from Cuba was formerly considered a subspecies of the Red-winged Blackbird. 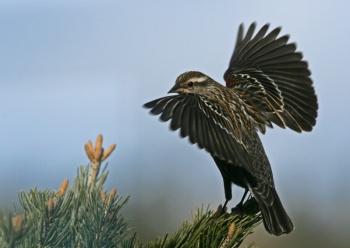 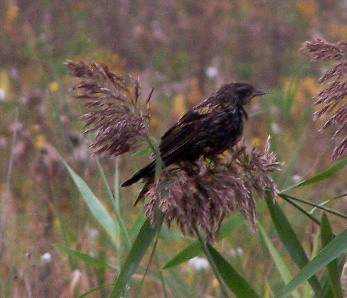 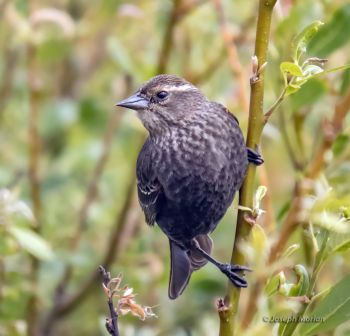 This is a polytypic species, which consistis of about 24 subspecies[1]

Can fly at speeds of up to 30 mph during migration. Males sit with tails slightly flared.

Their main diet consists of seeds from grasses and other herbiage. They also eat a variety of insects and invertebrates. 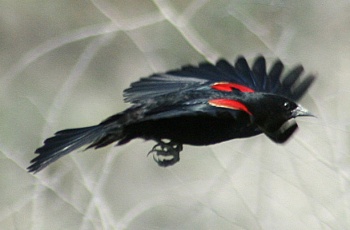 Although primarily a marsh bird, the Red-winged Blackbird will nest near virtually any body of water and occasionally breeds in upland pastures. Each pair raises two or three broods a season, building new nest for each clutch. Each time they build a new nest, which keeps the nest from becoming infected with parasites that could kill the baby birds.

After the breeding season, the birds gather with other blackbirds in flocks, sometimes numbering in the hundreds of thousands. Although blackbirds are often considered pests because they consume grain in cultivated fields, farmers benefit because the birds consume harmful insects during the nesting season. 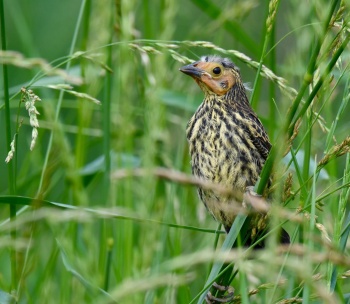 Populations in western USA, Mexico and farther south are mostly resident. Those in northern and eastern North America are largely migratory.

Sightings of this bird were reported in 1600 by English settlers.

Search for photos of Red-winged Blackbird in the gallery

Search for videos of Red-winged Blackbird on BirdForum TV