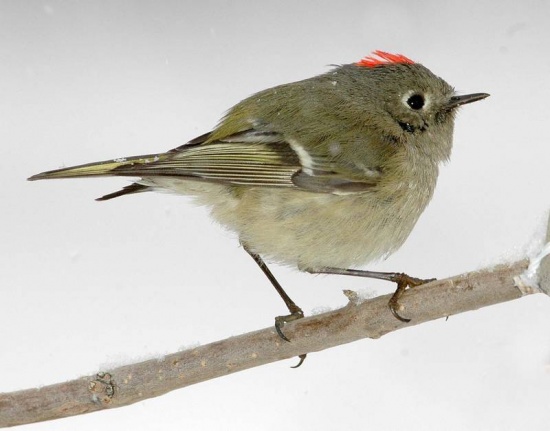 9-11cm. (3-4 inches) A tiny bird with a thin bill, broken eye ring, olive upperparts, pale olive underparts. It has a single major white wing bar with a very minor secondary bar, often indistinct or hidden. Flight feathers and tail have yellow edges. The male has a thin red patch in centre of crown that can be raised (often inobvious or hidden). The most significant diagnostics for identification are the single wing bar, the size, and the frenetic level of activity. 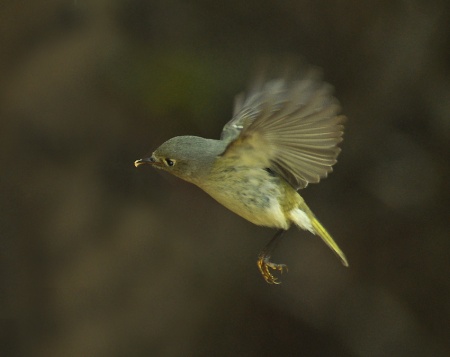 Most of North America 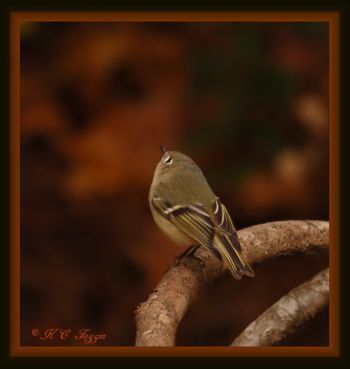 Comon and widespread in coniferous and mixed forests, as well as riparian areas. Highly migratory.

Often travels in small mixed flocks. Forages busily (almost frantically) along branches of trees and bushes. Often in dense brush or thickets. Extremely active, rarely perching for more than a few seconds. Only raises the brilliant ruby crest when excited.

Search for photos of Ruby-crowned Kinglet in the gallery