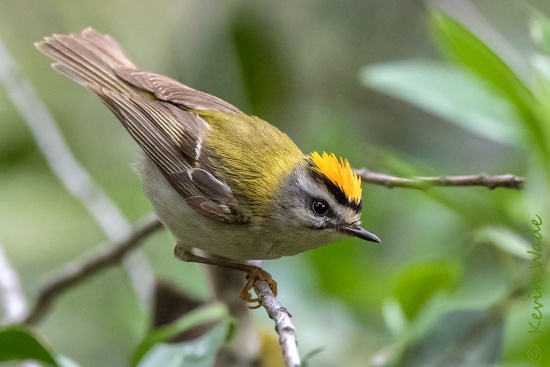 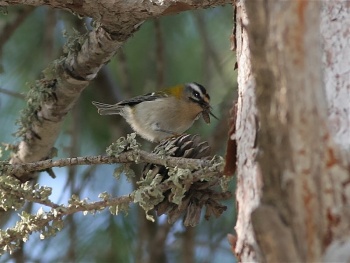 Madeira Firecrest Regulus madeirensis has recently been split as a separate species.

Breeds in deciduous, mixed and coniferous forest, also evergreen oak and tree-heath around the Mediterranean. Generally lower to the ground than Goldcrest, often in scrub, thickets and swampy areas.

Search for photos of Common Firecrest in the gallery