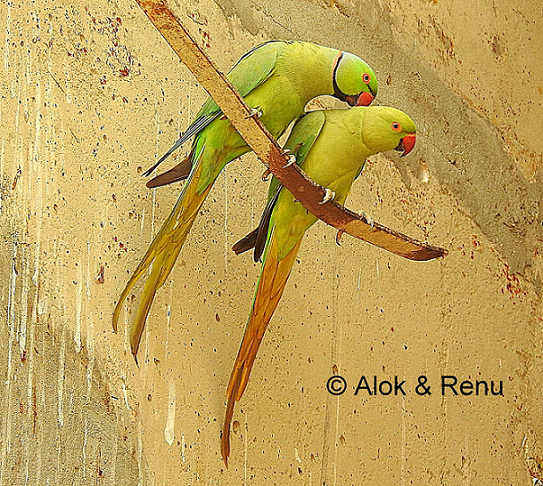 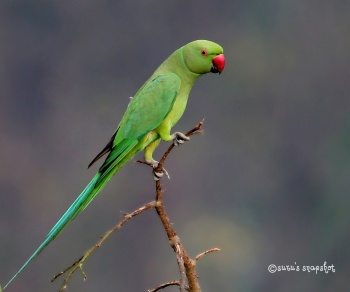 Female and immature both lack the neck rings, or show a shadow-like pale to dark grey neck-ring and a light nape-band[3].

Across northern sub-saharan Africa from Mauritania to Eritrea, and southern Asia, in Pakistan, India, Nepal, Burma, and Sri Lanka.

Feral populations widespread and increasing rapidly in Europe, southwest Asia, South Africa, Hawai'i, California, Florida and South America. Most are considered to be of the subspecies P. k. borealis although some may be of hybrid stock. 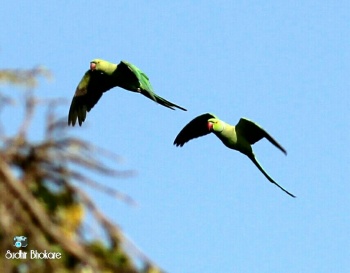 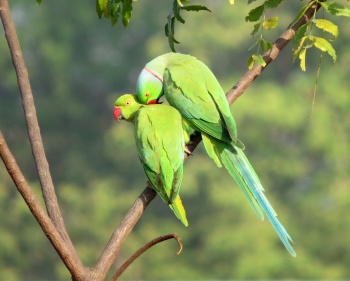 Open countryside with some trees including gardens and parks.

They can form very large flocks.

A raucous screech. Particularly noisy in flight, but can also sit quietly in trees for long periods.

Search for photos of Rose-ringed Parakeet in the gallery