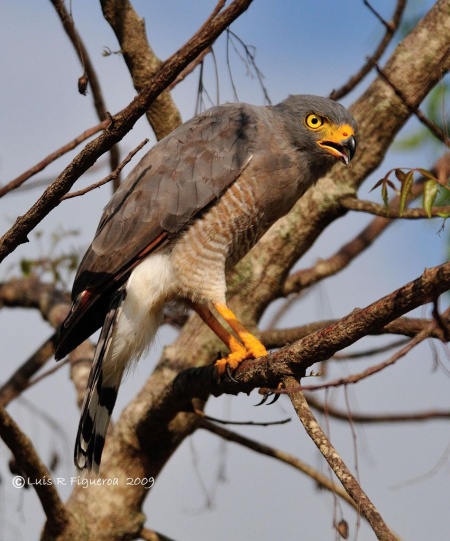 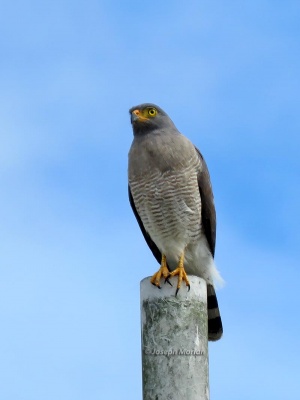 Overall plumage very variable depending on subspecies, but all with barring to underparts, a dark-banded tail, barred secondaries and primaries with a rufescent patch on the latter (often distinctive in flight), yellowish eyes and orange-yellow cere and legs.

Juveniles generally have browner upperparts (often appears faintly light-scaled), a more streaky chest (less uniform than in adults of most subspecies), a whitish eye-brow and a little/no rufescent patch in the primaries. Juveniles initially have brown eyes, but this rapidly change to yellow as in the adults.

Generally easily recognized by the yellow eyes, the rufesent patch in the primaries and the pattern to the underparts. 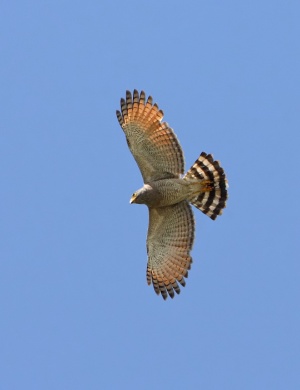 Very roughly, the races can be divided into four groups (but the actual variation is more clinal):

Grey individuals from northern South America are commonly confused with various forest-falcons (notably the Barred, the Lined and the Plumbeous) or the Grey-lined Hawk.

Found from Mexico, south through most of Central America, to South America as far south as north-western Peru on the Pacific slope and central Argentina east of the Andes. Absent from the higher parts of the Andes and most of the Pacific slope of Peru (where too dry; see habitat). There are a number of records from Texas, USA.

Typically common, and in most its range the single most commonly observed species of raptor (perhaps except for certain vultures and caracaras).

Molecular evidence by Reising et al. (2003) presented evidence for Buteo being polyphyletic in its current treatment. According to the data, Buteo could retain its monophyly if the Roadside Hawk was placed in the monotypic genus Rupornis and the White-rumped Hawk was placed in the monotypic genus Percnohierax. Alternatively, if these two species stayed in Buteo, genera Parabuteo and Geranoaetus would need to be placed in Buteo to avoid paraphyly[2]. Most authorities now place Roadside Hawk in the genus Rupornis. 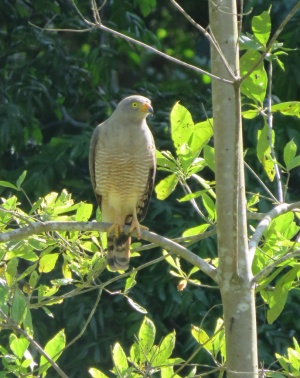 Many subspecies of the Roadside Hawk have been described, some of which typically are considered invalid. Twelve subspecies are recognised by Clements[1]: 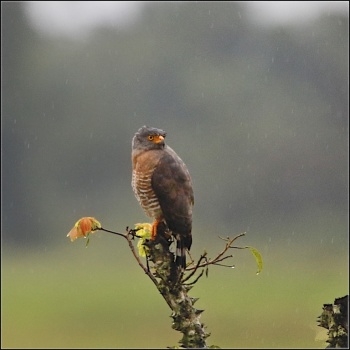 Virtually any habitat with some trees. Avoids the interior of dense humid forest and deserts, but more or less every habitat in between is utilized by this species. Occurs up to an altitude of 2500 m (8200 ft), but rare above 1500 m (4900 ft). Benefits from the widespread clearance of humid forest (e.g. the Amazon) within its range.

Most commonly seen singly, but occasionally in pairs or small (family?) groups. Generally easily observed and not shy.

Flight consists of a series of rapid flaps alternated with short glides. Only infrequently soars.

A true generalist, feeding mainly on insects, small mammals and reptiles, but has also been recorded feeding on small birds and fishes[3]. Mainly hunts from a perch.

Breeding is seasonal, but timing varies between regions. The typically 1-2 eggs are laid in a large stick-nest in a tree.

The most commonly heard vocalization is a loud scream, typically given while perched (but also sometimes in flight). 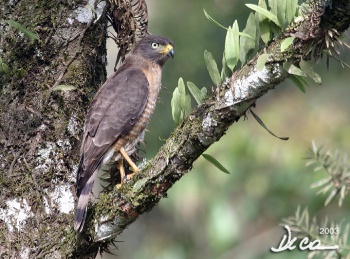 Search for photos of Roadside Hawk in the gallery

Search for photos of Roadside Hawk in the gallery

Search for videos of Roadside Hawk on BirdForum TV