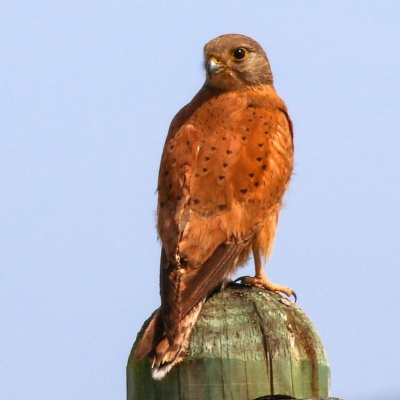 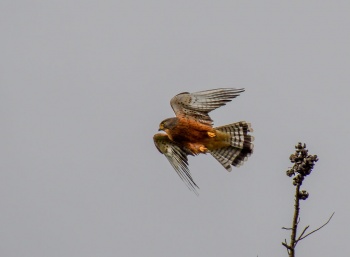 Africa: from northern Angola to Democratic Republic of the Congo, southern Tanzania and South Africa.

This is a monotypic species[1].
This species was formerly considered a subspecies of the Common Kestrel from which it differs in its genetic distinctiveness and reduced sexual dimorphism. 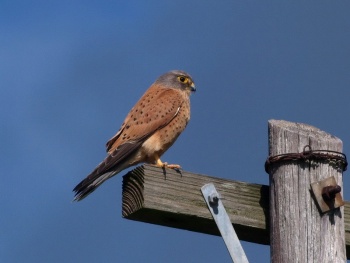 Forages by hovering over open country, pouncing on prey on the ground. Also hunts from a perch.

Monogamous. Nest is usually a scrape on cliff ledge but sometimes uses crow's nests or man-made structures where natural sites are unavailable.

Search for photos of Rock Kestrel in the gallery