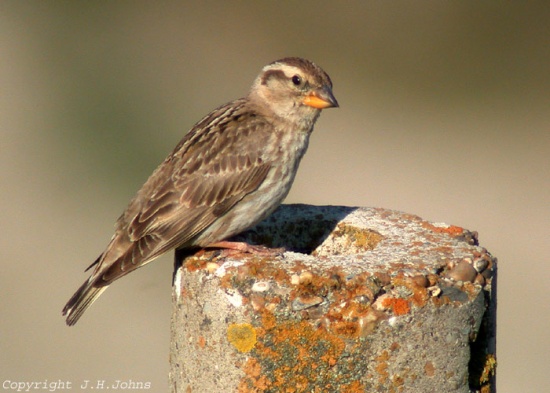 Sexes similar. Juveniles are browner than adults and have no yellow throat-spot.

Western north Africa, Spain, and Portugal across southern Europe and through central Asia. 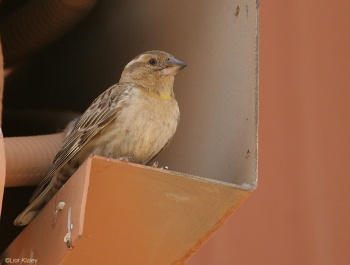 Kirhizica is usually merged in intermedia.

Bare treeless country from rocky slopes and ravines to flat desert steppe. Also in open woodland or parkland and often in large open areas of cultivation, vineyards, olive groves or around old buildings. Occurs from sea-level up to 4800m.

They can come together in large flocks outside of the breeding season.

Breeding season from March to August. Nests in loose colonies or isolated pairs. The domed nest is made of grass and placed in crevices in rocks or walls. Lays 4 - 7 eggs.

Their diet consists mostly of seeds and some berries. Nestlings are fed with invertebrates, especially termites, caterpillars, beetles and grasshoppers. They forage on or near the ground in low vegetation.

The following link is likely to also find images of other "petronia sparrows.

Search for photos of Rock Sparrow in the gallery

Search for videos of Rock Sparrow on BirdForum TV