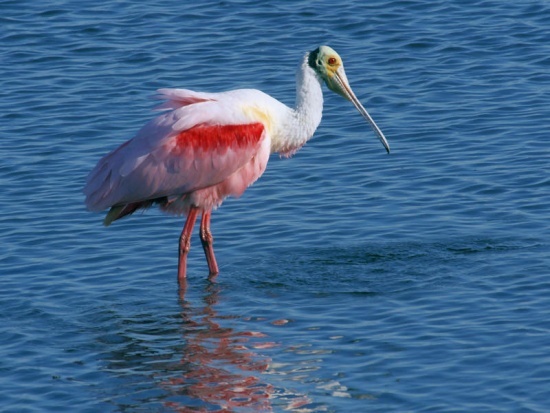 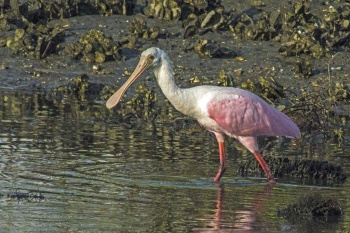 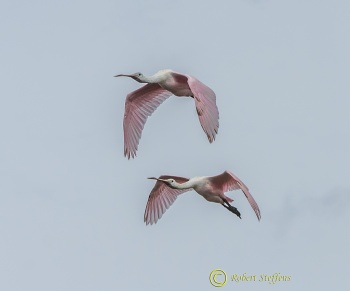 It is a mainly resident breeder in South America, the Caribbean, and the Gulf coast of the USA.

Early in the 20th century their numbers were severely depleted by plume hunters, but with protective laws they have increased once again.

A banded bird was found to be 16 years old in 2006, the oldest known individual.

The clutch consists of 2-5 eggs. It does not usually share colonies with storks or herons.

These birds spend much time feeding in the shallow waters of Florida Bay and the Gulf of Mexico on shrimp, small fish, snails, and aquatic insects, which they detect by their sense of touch as they rhythmically sweep their "spoon-shaped" bills from side to side as they walk steadily through the water, often in groups.

Search for photos of Roseate Spoonbill in the BirdForum Gallery