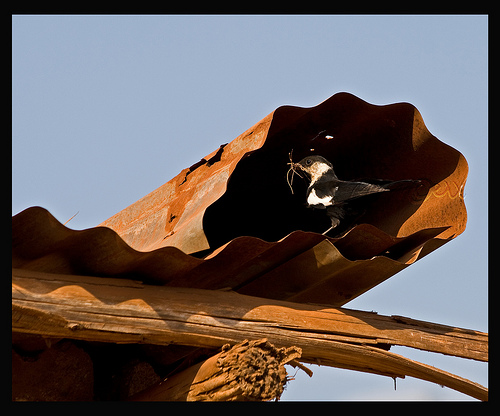 Male is black with white crown and white on the shoulder; tail and rump being completely black separate it from other similar birds.
Female is mostly black including crown but with a complete, white collar around the neck.

This is a monotypic species.
It was formerly considered conspecific with Arnot's Chat.

In Rwanda they don't inhabit miombo woodland like across the border in Tanzania but human habitations and nest in roofs.

Search for photos of Ruaha Chat in the gallery