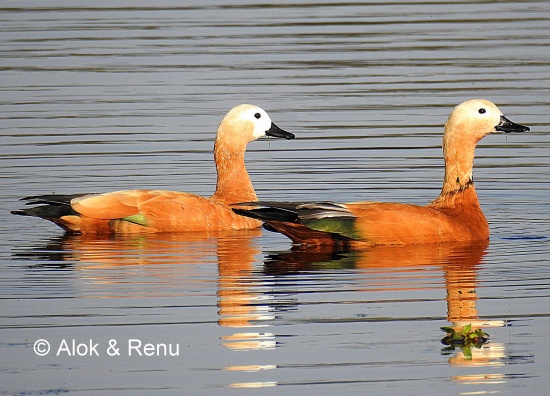 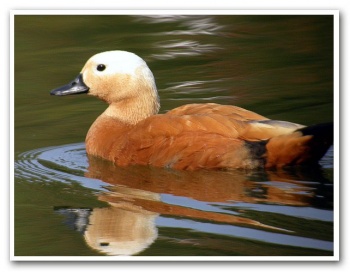 South African Shelduck, Australian Shelduck, and female Paradise Shelduck are all similar; they do not overlap naturally with Ruddy Shelduck, but care needs to be taken with escapes from captivity, particularly in western Europe. Hybrids between any of these four species can also occur as escapes or feral birds. Note the exact tone of the head colour and patterns in particular for distinguishing them.

South-eastern Europe east to Lake Baikal and Mongolia. They are also in the Canary Islands (Fuerteventura), across north-western Africa and in the highlands of Ethiopia.

Their winter range extends to southern India and south-eastern Asia and China. 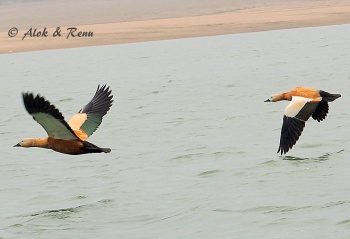 They can be found in a variety of watery habitats, particularly brackish and salt lakes and crater lakes.

They build their nests in burrows, tree holes or crevices sometimes quite a distance from water. The clutch consists of 6-16 creamy-white eggs, which are incubated for 30 days.

They are mostly vegetarian, their diet consisting of vegetables and shoot, rice grains, plant stems roots, grass, leaves and seeds.

Search for photos of Ruddy Shelduck in the BirdForum Gallery

Search for videos of Ruddy Shelduck on BirdForum TV