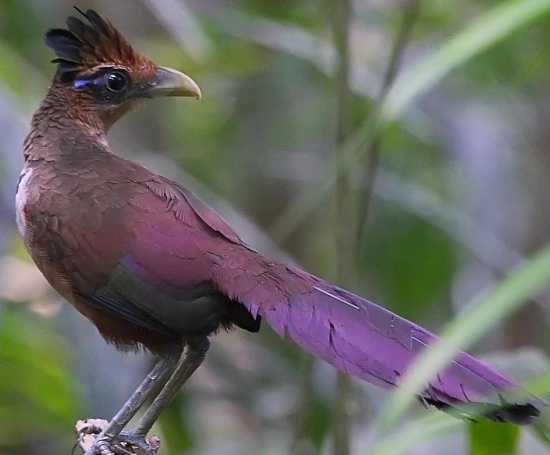 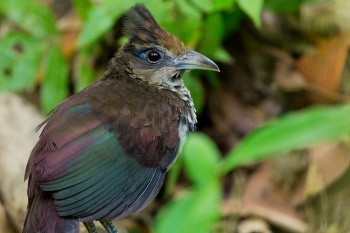 Juveniles are duller and darker. 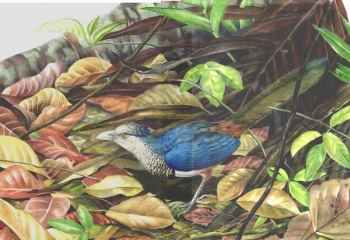 Scaled Ground Cuckoo is sometimes included in this species.

Moist lowland forests.
Occurs in lowland and foothills up to 1200m, up to 1650m in Bolivia.

A terrestrial species, wary and agile. Usually seen running on the ground, only rarely flying.

North of northern Colombia breeds in northern summer or in the wet season. In southeast Brazil breeding season in southern summer. The nest is a broad shallow bowl made of sticks and placed in dense, swampy vegetation. Lays 1 egg.

Search for photos of Rufous-vented Ground Cuckoo in the gallery