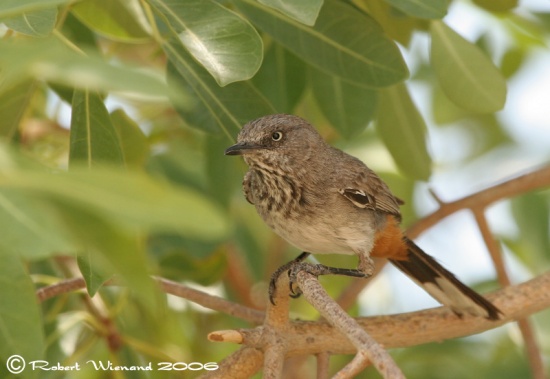 The sexes are similar; juvenile has an unstreaked throat.

Formerly placed in the genus Parisoma.

Their diet consists of insects and small invertebrates such as caterpillars, mantids and spiders. They also eat some fruits and seeds.

Season: August to December in sw Cape, August to March (mainly October-December) in Transvaal, October to January in KwaZulu-Natal, September to March (mainly September-November) in Zimbabwe, December to April in sw Kalahari (where probably partly opportunistic after rain). Nest: Thin-walled cup of dry grass, rootlets and spider web, lined with fine plant fibres and down.

Search for photos of Chestnut-vented Warbler in the gallery

Search for photos of Chestnut-vented Warbler in the gallery