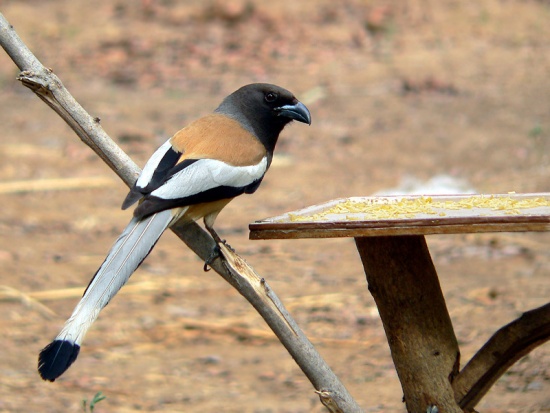 Sexes similar. Juveniles have browner hood and back, a pale buff rump and underparts and a buff-tipped tail. They sometimes lack rufous tones. 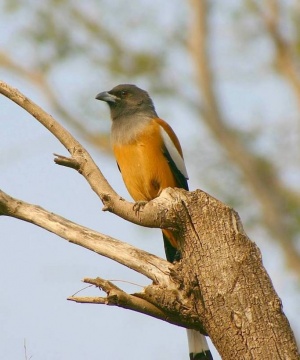 All other treepies have mainly black wings.

Although the geographical variation seems to be clinal nine subspecies are recognized[1]: 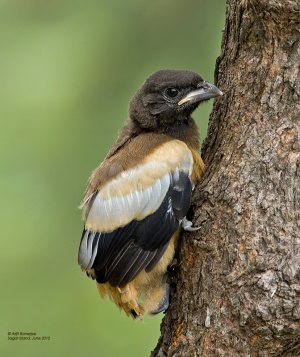 Open forest consisting of scrub, plantations and gardens. Also in city parks.
Mostly in lowlands but ascending as high as 2100m.

Usually seen in pairs or family groups. Follows other species (like Woodpeckers) and may ride on backs of domestic and wild large mammals, feeding on ectoparasites.

Omnivorous. It feeds on fruits, invertebrates, small reptiles and the eggs and young of birds.

Breeding season generally from March to July, depending to rains. The nest is a rather small flimsy cup made of twigs. It's placed 6 - 8m above the ground, often in an exposed and prominent tree. Lays 2 - 6 eggs.

Search for photos of Rufous Treepie in the BirdForum Gallery

Search for videos of Rufous Treepie on BirdForum TV