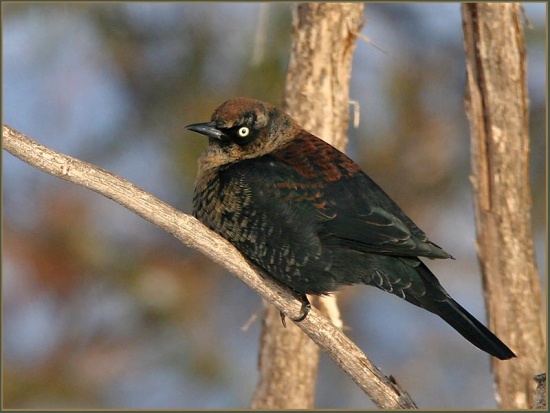 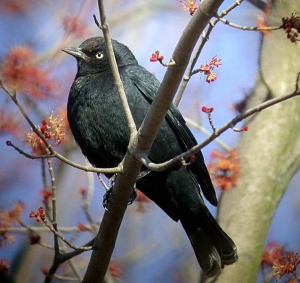 "Rusty" refers to the brownish winter plumage, which wears off by the spring, giving the all dark plumage.

Less glossy than the Brewer's Blackbird.

Canada and Alaska; also found in Maine, New Hampshire, Vermont, and the Adirondacks in New York. Winters throughout the eastern United States south of New York.

Uncommon and declining, rare in the west. 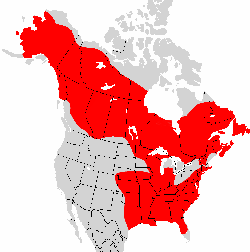 This is a polytypic species[1] consisting of 2 subspecies:

N Alaska and n Yukon to ne US; > to Gulf States 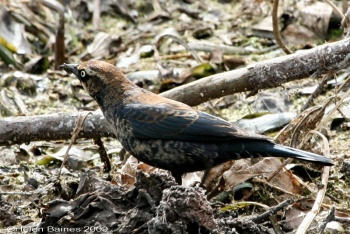 Feeds on the ground in boggy, muddy areas. Diet includes insects and plant matter, but it sometimes attacks and eats other birds. It has been documented feeding on sparrows, robins, and snipe, among others.

Nests in the far north of N. America. The cup shaped nest is built in a tree or dense shrub, usually over water.

Search for photos of Rusty Blackbird in the gallery