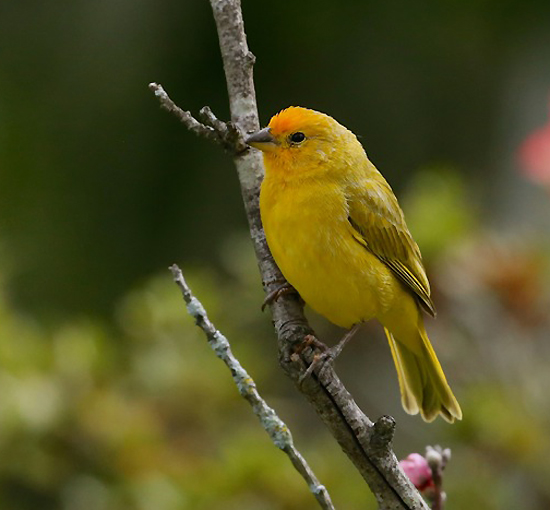 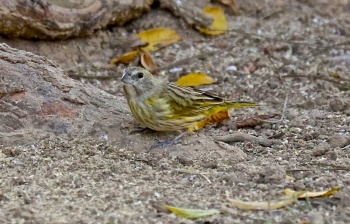 In northern subspecies such as nominate, the female resembles the male, but lacks orange coloration on the head. Juveniles lightly streaked dorsally with yellowish patch on chest.

This species has been introduced via the cage-bird trade to several other tropical areas (Panama, Puerto Rico, Hawaii, etc.). 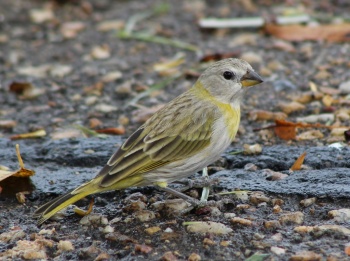 They use a wide variety of habitats, open lowlands with trees and shrubs. Towns, parks, farms. To 2100m.

Their main diet consists of seeds, with the addition of some arthropods. They feed on the ground, including town gardens.

They are cavity nesters. The clutch consists of 3-5 eggs which are incubated by the female alone for 14 days. The young are fed by both parents and fledge at around 2 weeks old. See also the note under this image.

Song is a musical series of of chips and short whistles with notes modestly spaced. Call-note is loud and metallic.

Search for photos of Saffron Finch in the gallery

Search for videos of Saffron Finch on BirdForum TV