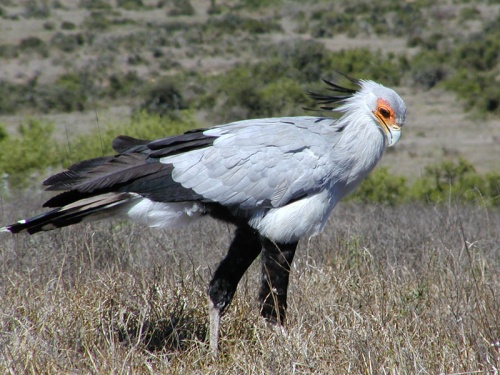 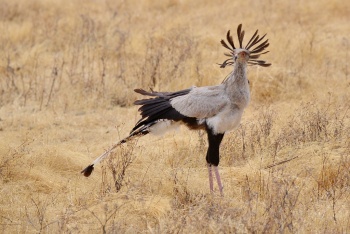 Sub-Saharan Africa: widespread from Senegal and southern Mauritania east to Ethiopia and western Somalia and south to South Africa. Populations crashing in some parts of its range.

Absent from the forested areas of Central Africa. Commonest in southern Africa. Resident and nomadic.

The only species in the family Sagittariidae. 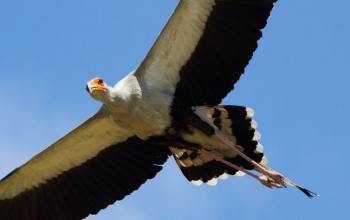 They are very skilled at catching snakes, including poisonous cobras and adders. All but the largest prey are swallowed whole. They walk, generally in pairs, searching for prey which they kill with a quick kick of the foot

They build a platform nest of sticks on the top of a low tree. The 2 eggs are incubated for 42 - 46 days. The young fledge between 9 and 15 weeks of age.

Search for photos of Secretarybird in the gallery

Search for videos of Secretarybird on BirdForum TV