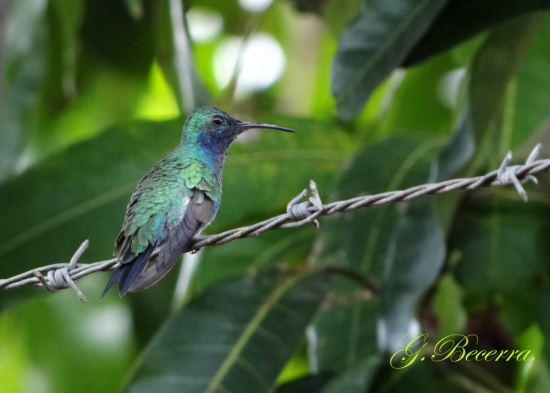 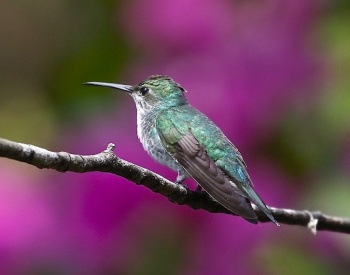 8·5–9·5 cm (3¼-3¾in)
Bill black except for lower mandible where basal half is reddish.
Mostly metallic green to bright green with throat and upper breast violet-blue while tail is forked and dark blue.
Female differs in having underparts mostly white with green flanks and tail that is white-tipped and have green central tail feathers.

South-west Costa Rica (between the Osa Peninsula and the Panama border), Panama, and Colombia.

Moist, open lowland forests, clearings, scrub, or mangrove, mostly within a few miles of the coast.

Their main diet consists of nectar and arthropods. They are mostly seen feeding rather low on flowers, often in scrubs, otherwise trees.

They place their small cup-shaped nest in the fork of a tree.

Search for photos of Sapphire-throated Hummingbird in the gallery