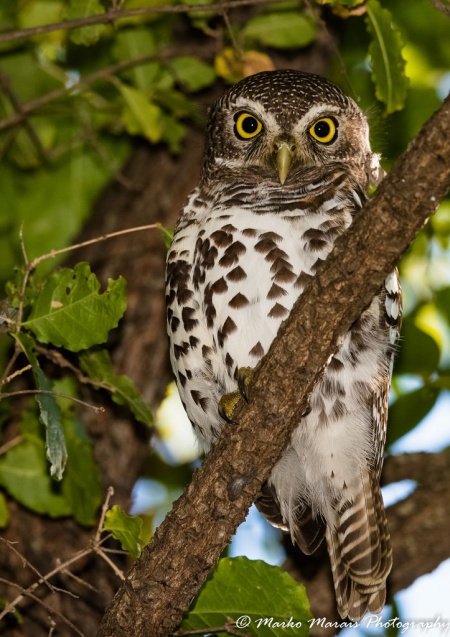 A small owl which reaches a maximum size of 22cm (8¾ in). No ear tufts. The females are larger, but otherwise the sexes are similar. 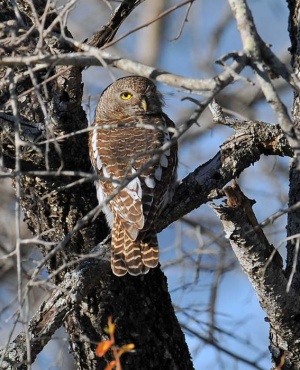 This is a polytypic species consisting of three[1] to five subspecies[2]:

Woodland and forests, and on forest edges, more open savannah and along rivers.

It is partly diurnal.

The diet includes insects such as beetles, grasshoppers and caterpillars, as well as small birds, mammals and reptiles.

Search for photos of African Barred Owlet in the gallery

Search for videos of African Barred Owlet on BirdForum TV