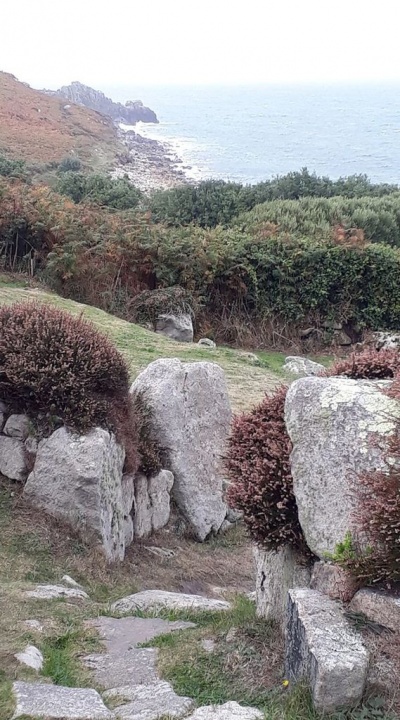 Every October thousands of Britain's keenest birders descend on this group of islands to scour them for rare birds, some of which are among the rarest visitors to the Europe.

The Isles of Scilly consist of five inhabited islands and scores of other islets and rocks with no permanent residents and they lie about 45km off the south-western tip of Cornwall. Formerly part of the mainland, they became isolated with a rise in sea-level and now boast a variety of habitats including farmland, downland and woods, marshes, pools and dunes, fringed by cliffs or sandy and rocky beaches. 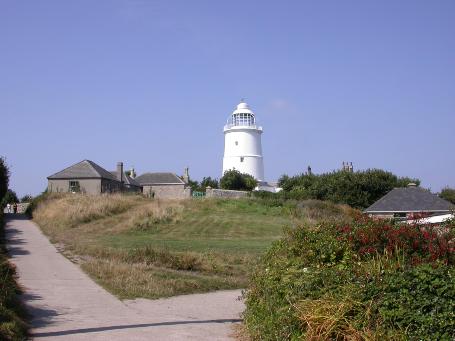 The main interest for birders is transatlantic vagrants and passerines in particular. Species such as Red-eyed Vireo and Grey-cheeked Thrush are virtually annual and a variety of other North American birds usually appear.

One of the most sought-after groups are the American warblers, Blackpoll Warbler is virtually annual and others recorded include Black-and-white Warbler, Parula Warbler, Magnolia Warbler, Yellow-rumped Warbler and Hooded Warbler as well as Northern Waterthrush and Common Yellowthroat.

The first British records of Tree Swallow and Cliff Swallow have occurred on Scilly in recent years and undoubtedly there will be other British "firsts" in the future. Such is the expertise of the many searchers that few rarities go unnoticed in these islands in autumn.

An American Black Duck once became resident on Tresco and eventually paired with a Mallard producing hybrid young and the species is still recorded on a regular basis.

In all, more than 50 rare and sought-after birds appear on the islands each year with many other scarce and uncommon visitors.

In contrast, relatively few birders visit the islands in spring, although numbers are increasing. The first migrants are usually Northern Wheatear and Common Chiffchaff, often with Firecrest and Black Redstart, followed by the main movements of the commoner migrants.

More unusual visitors at this time include Hoopoe and Golden Oriole, both regular in spring, particularly on Lower Moors, sometimes also Woodchat Shrike, and often Mediterranean warblers and herons.

In summer breeding birds can appear sparse and indeed many of the commoner woodland birds of mainland areas are absent. However, the seabird colonies make up for this shortfall with greater numbers and variety than elsewhere in south-west England. Breeders include Northern Fulmar, Manx Shearwater and European Storm Petrel, Great Cormorant and Shag, Razorbill, Atlantic Puffin and Common Guillemot.

Other birds present in summer include Common Quail and Common Cuckoo, resident species include Eurasian Skylark and Meadow Pipit, Song Thrush, Stonechat, Goldcrest and Linnet. Tresco is home to a small number of Golden Pheasant which may or may not form a self-supporting population.

Winter birders are very few but those that do make the trip can see Great Northern Diver, Shag and Long-tailed Duck on the sea and Turnstone and Purple Sandpiper on rocks and Sanderling on sandy shores.

Seawatching in autumn can produce Manx Shearwater, Great Shearwater and Sooty Shearwater, possibly also Cory's Shearwater, often skuas and sometimes Sabine's Gull. Also in autumn, Grey Phalarope can be seen offshore and Northern Gannet and Kittiwake are usually present throughout the year. Alternatively these birds can also be seen from the boat to the islands or from inter-island boats.

St Mary's is the largest island in the group with excellent birding on the Lower Moors Nature Trail.

A variety of migrant passerines can be seen and there is a wader scrape overlooked by hides. Porthellick Pool on the Higher Moors also has hides and attracts waders and ducks as well as regular Spotted Crake. This is probably the best site in Britain for good views of Jack Snipe.

To the south is the golf-course and airport area where the grassland attracts scarcer species such as Richard's Pipit and Tawny Pipit, sometimes Eurasian Dotterel, and Buff-breasted Sandpiper is almost annually recorded.

The Garrison, close to Hugh Town, is always worth checking for scarce passerine migrants and Porthloo to the north is good for waders.

St Agnes is the westernmost of the major islands and linked to neighbouring Gugh by a sandbar. The Big Pool is one of the major birding interest on St Agnes but nearby Periglis Beach has hosted rare waders including Semipalmated Plover, Baird's Sandpiper and Lesser Golden Plover. In the south of the island is Wingletang Down, a well-known haunt of rare migrant passerines with a particularly good record for producing rare warblers.

St Agnes, reached by boat from St Mary's, is smaller and quieter but still attracts a good number of the scarcer migrants such as Wryneck, Red-breasted Flycatcher and Common Rosefinch as well as rarities that have included White's Thrush and Common Nighthawk.

Great Shearwater, Manx Shearwater and Balearic Shearwater are regular offshore and best viewed from Horse Point, the southernmost tip of the island.

Information on the latest sightings can be found on a board at the post office in the centre of the island.

The remaining islands of Bryher and St Martin's are less-visited by birders except when a rarity is reported.

Landing on the Annet and Western Rocks is prohibited but there are regular boat-trips around the rocks from St Mary's. Most of Scilly's seabirds breed here and Manx Shearwater, European Storm-petrel and Atlantic Puffin can be seen.

The ferry-trip to the islands in autumn can produce Cory's Shearwater, Sooty Shearwater, Great Shearwater and Balearic Shearwater, petrels, Northern Gannet and all four skuas.

Apart from the ubiquitous Rabbit, there are few mammals on the islands except the Scilly Shrew which is a race of the Lesser White-toothed Shrew, absent from mainland Britain but widespread on the Continent.

Grey Seal breed around some of the islands and can commonly seen in summer. The islands have a distinctive race of Meadow Brown Butterfly and there is also a race of Common Blue confined to Tean.

For botanists there is much of interest including the Dwarf Pansy on the dunes, absent from the remainder of Britain and species such as Sea Holly, Shore Dock, Small Tree-Mallow and Orange Birds-foot Trefoil, scarce and local on the mainland.

To visit the Isles of Scilly in autumn and in particular, in October, the accommodation, which is mainly on St Mary's, needs to be booked well in advance. Access to the islands is by 2-3 hour boatride on the MV Scillonian from Penzance which is often very rough.

Alternatively, it is possible to reach the islands by plane from Land's End and in the summer period also from Newquay, Bristol, Exeter & Southampton. (The Penzance helicopter no longer operates.)

There is also accommodation on the smaller islands, where there are still rarities to be found, but most birders tend to stay on St Mary's where a birding-based social life has developed involving quizzes, slide-shows and a great deal of exchanging of information.

Search for photos of Scilly Isles in the gallery

Search for videos of Scilly Isles on BirdForum TV

When you step off the boat/plane you set your watch to the new time zone, you go back 50 years.

The Scillionian leaves from Penzance and weather permitting you can stay on deck and see the Cornish Coast as you sail towards the Isles of Scilly. If travelling by boat you can look for seabirds during the journey, Shearwaters, Grey Phalarope, Auks, Skua's. There are regular fixed wing flights from nearby Lands End Airport. You dont have to worry about luggage when you get there, it will be delivered by the very efficient luggage system. You can go off birding the moment your foot hits Scilly soil. There are 5 main islands, St Mary's, Tresco, St. Agnes, St. Martins and Bryher. Most people stay on the largest island St. Mary's. Boats leave the harbour normally in the morning and early afternoon, the timing usually works out so that you can choose to spend about 2 hours or 4-5 hours on the islands. The prime time for rare birds is the middle of October which is when the majority of birders plan to be there. I once calculated the historical prime arrival days for rarities which is in the back of one of the IOS Bird Reports, can't remember which year. The Isles of Scilly are not just about rarities and twitching, you can join in on the rush to see a new rarity, you can try and find your own or you can simply wander around the beautful islands to your heart's content. To Be Continued.