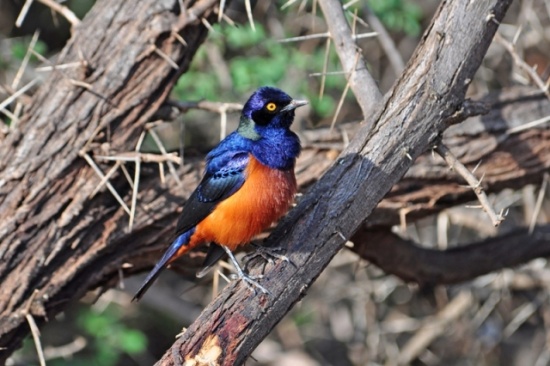 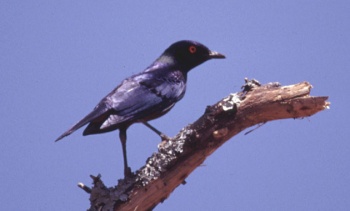 This is a monotypic species.
Has been considered conspecific with Hildebrandt's Starling and both have been included in a superspecies with Chestnut-bellied Starling.

Semi-arid bushland and wooded country. Occurs from sea-level up to 1300m.

Only few data about diet. Probably feeds mainly on insects but takes also fruit.
Forages in small flocks in bushes and trees, less on the ground.
Outside breeding season in bigger flocks, sometimes associating with nomadic Magpie Starling.
Breeding season March to April in Ethiopia, April to June in Somalia. The nest is placed in a tree hole or cleft. Lays 3 - 6 eggs.

Search for photos of Shelley's Starling in the gallery