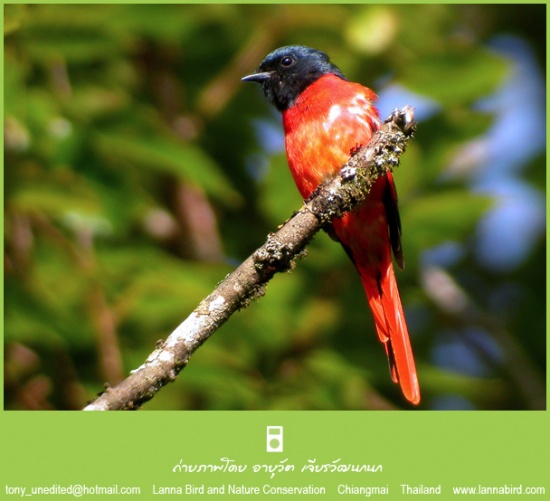 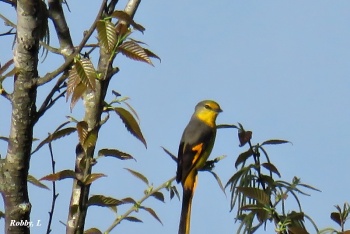 They forage in the foliage for both larval and adult arthropods.
Usually seen in pairs and can often be found in mixed species feeding flocks.

Their breeding season runs during March and April. They construct a neat cup formed from moss and lichen. It is placed on an outer branch of a tree about 10 m high. The clutch consists of 3 eggs.

Search for photos of Short-billed Minivet in the BirdForum Gallery

Search for videos of Short-billed Minivet on BirdForum TV