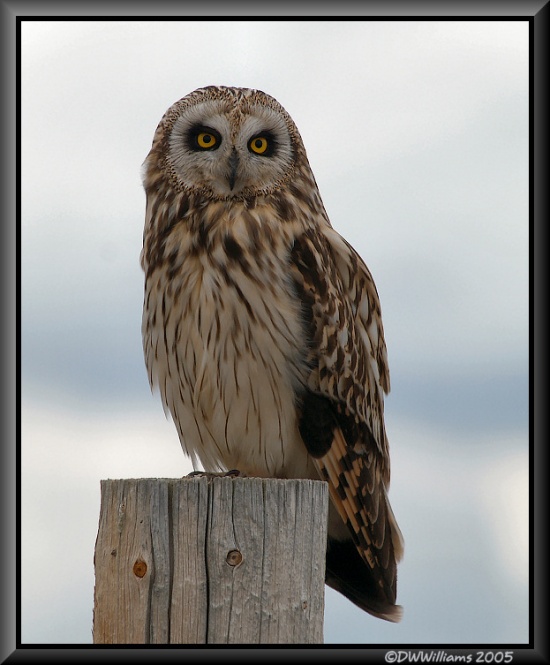 A medium sized owl with long wings, its flight is quite harrier like. Often seen actively hunting in daylight over open country such as moorland and savanna.

In flight shows strong black area at wrist both above and on underwing, and distinct, coarse dark barring at the tips of the primaries; between these is an area on the upper wing where the base of the primaries is unbarred rusty-yellow, in good contrast to the surrounding black. 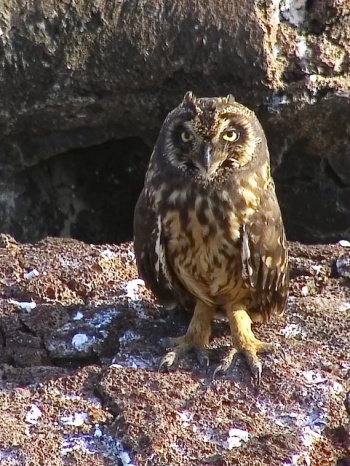 It can be confused with Long-eared Owl which is normally but not always nocturnal, and is mostly found in forested areas. Long-eared has more uniform underside when perched and lack the black area around the eyes.

Widely distributed as a breeding bird in northern Europe, northern Asia, North and South America. The nominate subspecies is mainly migratory, with some southern populations more sedentary; southernmost populations of subspecies A. f. suinda (southern South America) migrates north in winter while most other subspecies are resident. Due to this migration, during the northern hemisphere winter the species is found in southern Europe, Africa (as far south as Gambia, Mali and Chad), parts of India and southern Asia. The species is completely absent from Australia, and parts of south and south-east Asia. 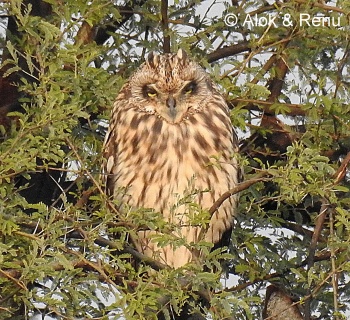 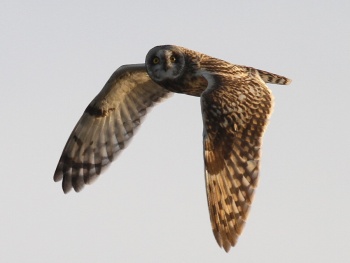 Breeds on heathland, in scrub among meadows, on bogs, esp. in upper tree zone in open boreal forests. Some subspecies also in dryer, open lands. In winter occur in a variety of open landscapes, often in habitat shared with Hen Harriers.

It quarters the ground with its wings held up at an angle and then suddenly stalls and lands on its prey, which is mostly small mammals.

Partly diurnal, often the most diurnal species of owl in much of its range.

Food mainly voles, and population density in a given area can vary considerably depending on food availability. 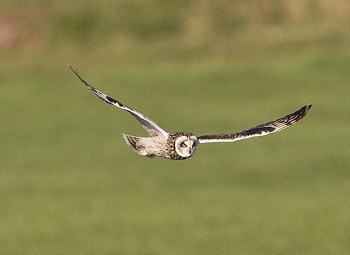 Nest is a scrape on the ground.

Search for photos of Short-eared Owl in the gallery

Search for videos of Short-eared Owl on BirdForum TV