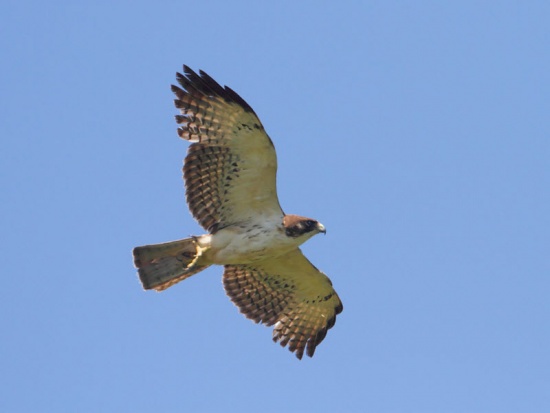 The adult light morph has dark brown upperparts, white underparts, tail and flight feathers grey barred with dark. The immature is similar to the adult but the face is streaked rather than white, and the tail bands are of equal width, whereas the adult has a broad bar near the tail tip. 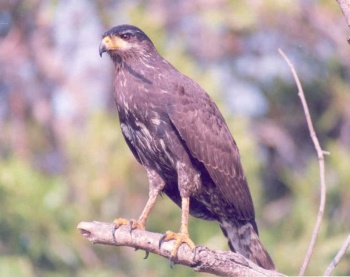 The adult dark morph has black-brown upperparts and underparts, apart from the tail and flight feathers, which are grey barred with dark as in the light morph but with darker grey. The young bird has the same tail pattern as the light-morph immature, and the underparts are spotted with white.

Southeastern Brazil and northern Argentina north through Central America to northern Mexico and Florida. The species has additionally been documented as a breeder in SE Arizona but still rare. 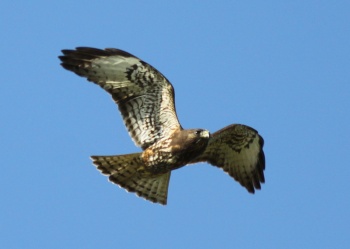 The large stick nest is built in a tree, and 1-3 white eggs with dark spots and blotches are laid. Usually the nest is in the top of a live tree and is open to the environment from above.

Search for photos of Short-tailed Hawk in the gallery