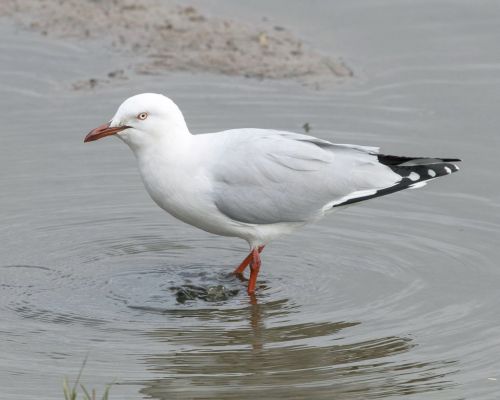 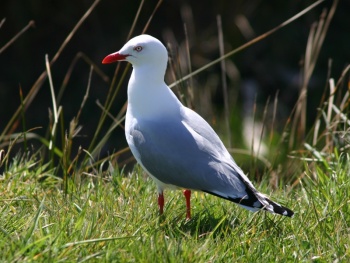 Young Birds: lack the red eye-ring, have a black bill which turns red as they mature. 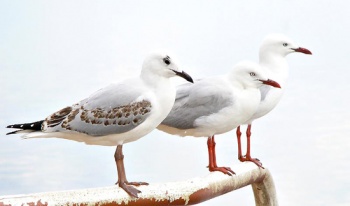 As with other species of Chroicocephalus, Silver Gull was formerly placed in the genus Larus.

Three subspecies recognised, split into two species by Clements1 and formerly by IOC2, but not more recently by IOC3 nor by Christidis et al.4 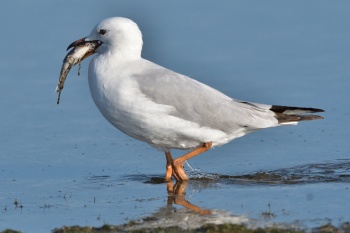 Near water, both coastal and inland wetlands. Sandy and rocky shores, parks, beaches and rubbish dumps.

They have a very varied diet, consisting of crustaceans, squid, insects, small fish, frogs and birds. They also scavenge from rubbish dumps.

They nest in large colonies on offshore islands. Both adults share nest-building, incubation and feeding duties. The clutch consists of 3 eggs which are laid in a shallow nest scrape, lined with vegetation. There may be two broods raised in a year. 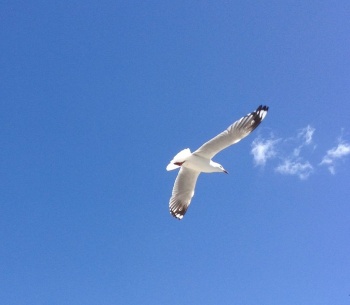