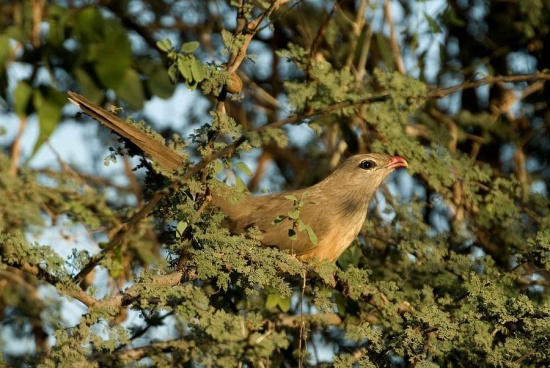 Found in Bangladesh, Sri Lanka, Pakistan, Nepal and India.
Generally uncommon to rare in its range.

Placed in genus Taccocua by Dickinson (2003) and Gill & Wright (2008), formerly placed in Phaenicophaeus.

A terrestrial species, forages mainly on the ground and often runs.

Breeding season from June to September in India, June to July in Sri Lanka. The nest is a saucer made of twigs and green leaves. It's placed near the ground in a thorn bush. Lays 2 to 3 chalky white eggs. Both sexes incubate.

Search for photos of Sirkeer Malkoha in the BirdForum Gallery