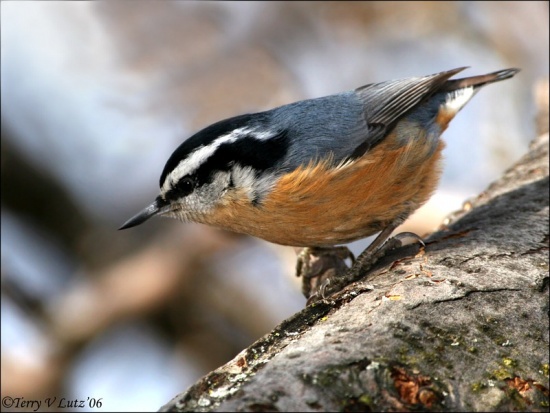 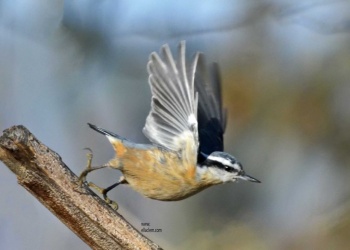 Nuthatches hoard excess food and will transport seed from a tree heavily laden with mature cones to their distant larders. In years of bad harvest, they migrate in large numbers to more southerly forests. They also feed on bark insects, maneuvering with agility around the tips of small, outer branches or in treetops.

They also feed on bark insects.

A tinny yank-yank, higher pitched and more nasal than the call of the White-breasted Nuthatch. Some describe it as sounding similar to a toy tin horn.

Search for photos of Red-breasted Nuthatch in the gallery