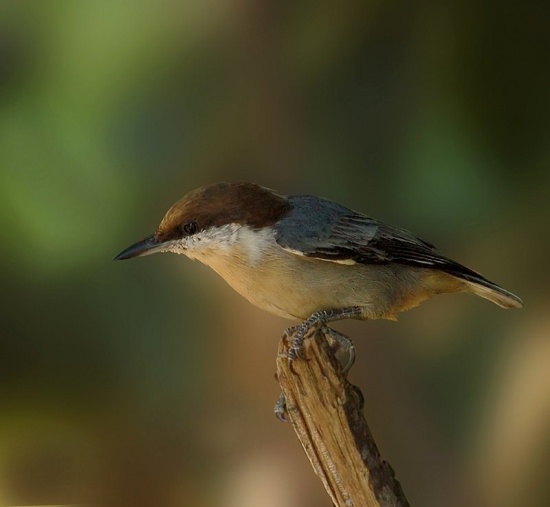 Similar to Pygmy Nuthatch, which would be very tricky to distinguish, except that the two species never meet, being very sedentary and separated by a roughly 750 km gap in Texas where neither occurs.

Southeastern United States and the Bahamas, on Grand Bahama. Found from south-eastern Oklahoma and eastern Texas through central Arkansas, Tennessee, and the Gulf Coast states, to southern Maryland and Delaware, Virginia, then south to southern Florida.

Closely related to Pygmy Nuthatch, with which it has sometimes been considered conspecific in the past[2].

They nest in a tree cavity; the eggs are incubated for 14 days. The young fledge 18 days later.

Search for photos of Brown-headed Nuthatch in the gallery