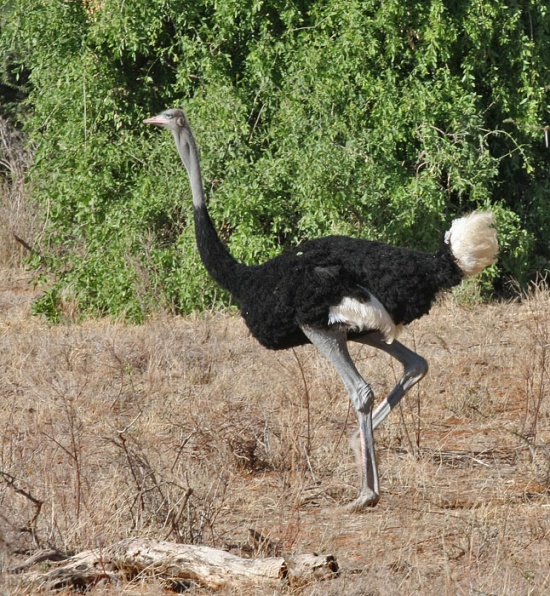 An unmistakable, terrestrial and flightless species. 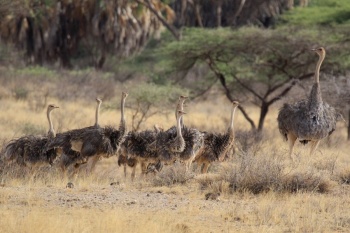 This is a monotypic species.
Formerly considered conspecific with Common Ostrich.

More often in bush and scrub than Common Ostrich.

The nest is a shallow scrape in the ground. Usually the major hen lays 5 to 11 eggs and 2 to 5 minor hens lay 2 to 6 eggs each in the common nest. The young form large groups which are accompanied by one or more adults for the first 9 months.

Mainly silent but makes occasional hissing sounds.
Male has a deep booming during the breeding season.

Search for photos of Somali Ostrich in the gallery