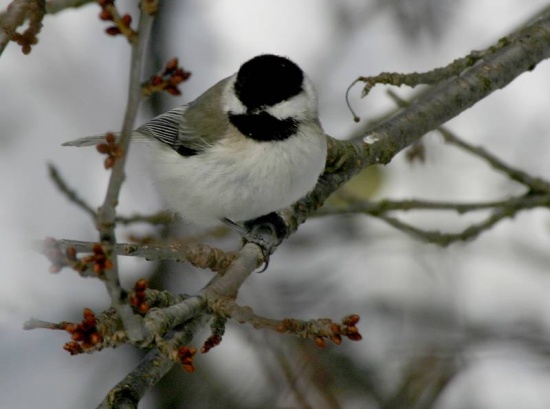 Southeast Europe including mainland Greece, resident on some Greek islands (Crete and Lesvos) and southwest Asia.

Traditionally placed in Parus, mtDNA cytochrome b sequence data suggests that that genus should be split, as already adopted by the American Ornithologists' Union for example. This species is part of the chickadee group which would then make up the genus Poecile. In Poecile, this species forms part of a group of apparently rather basal species, the relationships of which are ill-definied. They also include the Varied Tit and probably the White-fronted Tit (which were sometimes separated in Sittiparus), and possibly the White-browed Tit.
Caspian Tit was formerly included in this species.

It nests in holes in decayed trees, lined with fur, wood chips, or hair. The clutch consists of 5-7 red-spotted white eggs.

Search for photos of Sombre Tit in the gallery