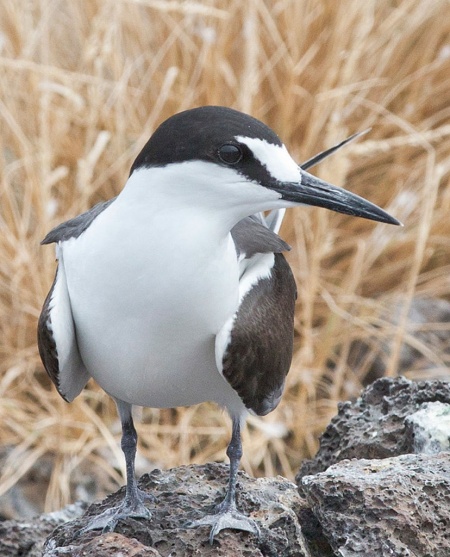 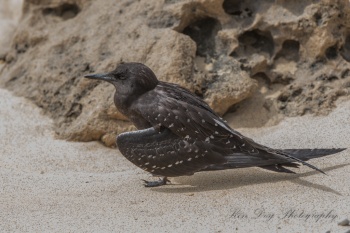 Tropical (and sometimes subtropical) oceans all around the globe.

Sooty Tern, Bridled Tern, Grey-backed Tern and Aleutian Tern are each others closest relatives; all four were previously included in the genus Sterna. 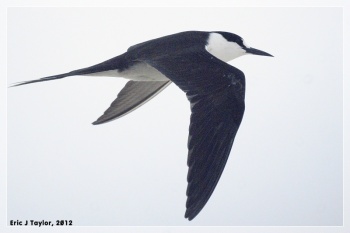 Open sea, but they breed in colonies on rocky or coral islands. They are rarely seen on land, apart from when breeding.

The nest is a ground scrape or hole. The clutch consists of 1-3 eggs.

It feeds by picking fish from the sea surface. Their diet consists mainly of fish, squid and crustaceans, with insects and offal taken on occasion.

Search for photos of Sooty Tern in the BirdForum Gallery

Search for videos of Sooty Tern on BirdForum TV