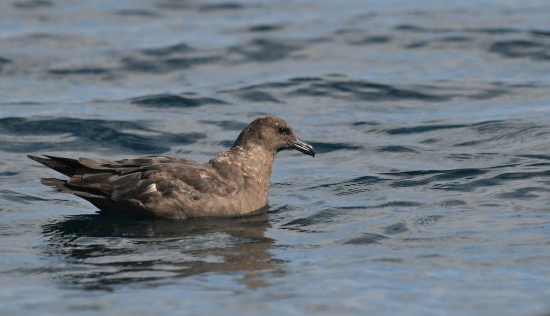 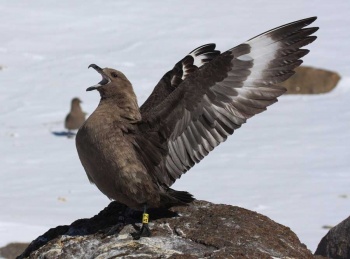 Purported to be the most southern of all birds. Reported as far south as the South Pole. Migrate northwards during the southern winter after breeding, spending most time at sea - visitor to Australia, probably on passage. Sighted as far north as Greenland & the Aleutian Islands.

Has been placed in the genus Catharacta with the other large skuas (Sibley & Monroe, 1993; Clements, 2000).

The nests are shallow depressions on the ground may be on rocky outcrops, cliffs or valley floors. The clutch consists of 2 mottled eggs which are usually laid in November and December. They are incubated for 24 to 34 days.

The diet includes fish, krill, squid, carrion, crustaceans, molluscs and the eggs and chicks of seabirds. They will follow ships and forage on any jetsam. At sea will chase and harass smaller birds, forcing them to drop their prey or regurgitate, known as kleptoparasitism. Known as the "Raptor of the South".

Fiercely predatory. Highly territorial and will defend their territories vigorously against all intruders. Will fly straight at head.

Search for photos of South Polar Skua in the gallery