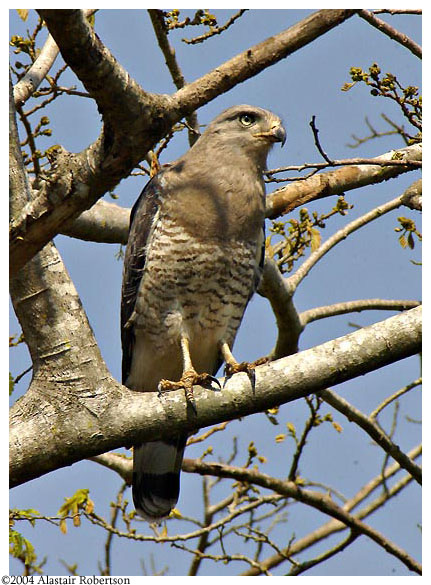 Western Banded Snake Eagle is darker and greyer, has a single broad white tail bar, and the barring on the belly is less prominent.

Its near-threatened status is mainly due to the destruction of its natural habitat as fewer and fewer continuous stretches of coastal forest remain.

A secretive, reptile-hunting Snake Eagle of coastal forests. It is highly vocal but tends to stick to a single hidden perch in the high canopy. It is rare to see this species circling over the forest and this makes it a difficult bird to spot.

Search for photos of Southern Banded Snake Eagle in the gallery