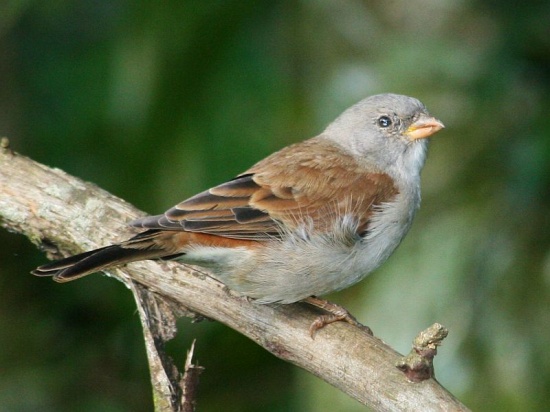 Length 15-16 cm, mass 24 g. The head is grey, the back brown, and the rump is bright rufous and conspicuous in flight. The wings have short, but usually obvious white wingbars. White to pale grey underparts. The eyes, legs and feet are brown, and the bill is black when breeding (horn when not breeding).
P. d. stygiseps is darker above than the nominate with duller breast and flanks. 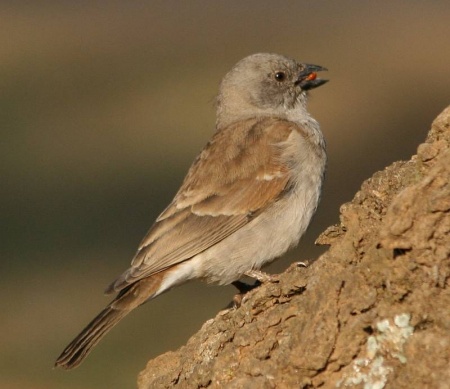 Forms a superspecies with Northern Grey-headed Sparrow, Swainson's Sparrow, Parrot-billed Sparrow and Swahili Sparrow. All are often treated as conspecific.

Savanna woodland and plantation edges. Often found near settlements and in cropping areas.

Often solitary or in pairs, but can congregate in flocks of up to 200 in winter. Forages on the ground, often in mixed-species flocks of seed-eaters. Walks and hops. Food is mainly seeds, but also small fruit, nectar and insects.
Breeds in all months of year, coinciding with local rains. A solitary breeder, sometimes also in loose colonies. The nest is made of dry grass and placed in a hole in a tree or a building. Competes with introduced House Sparrow for nest-sites. Lays 2 - 5 eggs.