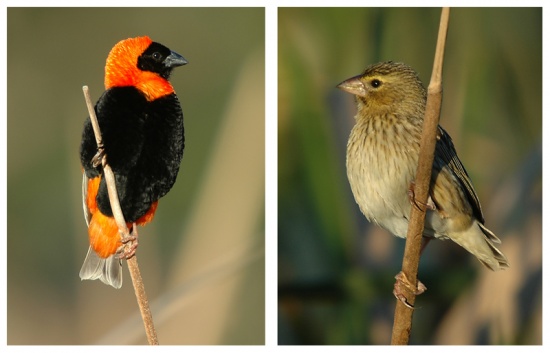 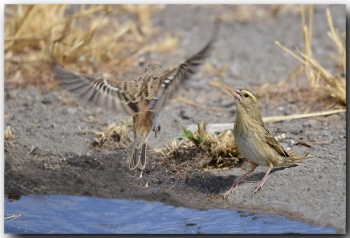 This is a monotypic species.
Several subspecies have been described (eg sundevalli or nigrifrons), however this species varies clinally in size.

Its nest is spherical and woven, and is situated in tall grass. It lays 2 - 4 eggs.

It feeds on seed, grain and some insects.

Search for photos of Southern Red Bishop in the BirdForum Gallery