Alternative name: Spur-winged Plover
Disambiguation: this is the African and Middle Eastern species. For the species from Australia and New Zealand, see Masked Lapwing 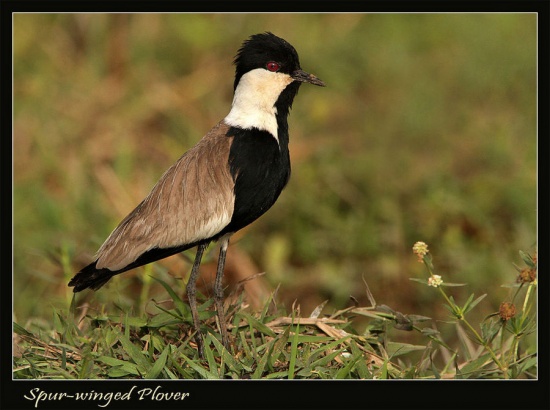 Photo © by Scottishdude
The Gambia, March, 2010 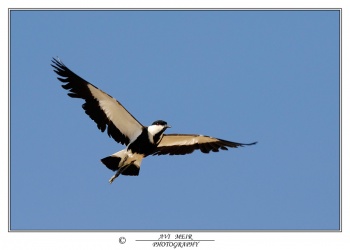 Africa: found from Senegambia to the Red Sea, north-eastern Tanzania and eastern Mediterranean.

The diet includes insects and other invertebrates, which are picked from the ground.

The clutch consists of 2 blotchy yellowish eggs which are laid in a ground scrape.

Search for photos of Spur-winged Lapwing in the BirdForum Gallery

Search for videos of Spur-winged Lapwing on BirdForum TV