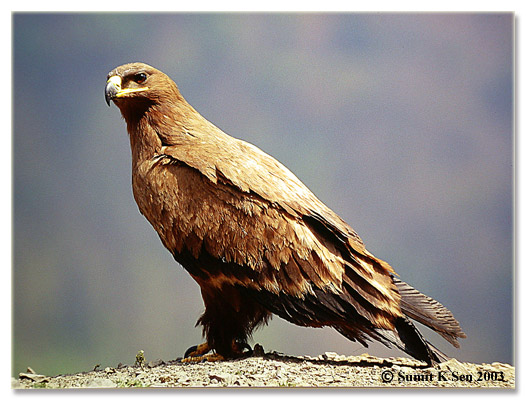 Gape line goes back behind the mid of the eye, often to the rear edge but not always. Gape is fleshy and nostril oval. 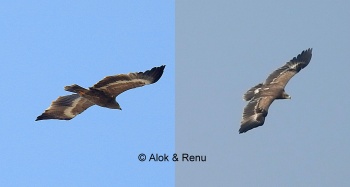 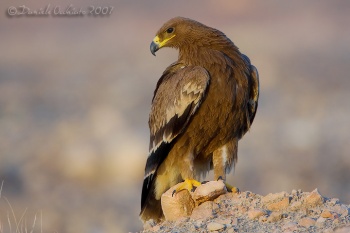 Breeds from the northern slopes of the Caucasus to the north of the Caspian Sea in southern Russia and Kazakhstan and east into Central Asia as far as north-west China and Tibet. Probably now extinct in the Ukraine and a former breeder in Moldova, Romania and Turkey. Further south breeds in Pakistan, India and Burma.

In the northern winter found mainly in Eastern and Southern Africa, small numbers in Iraq and Israel, occasionally Greece and Turkey. On passage occurs in Turkey and the Middle East, Sinai and Egypt but generally rather scarce. Eastern birds winter south to Pakistan, India and southern China.

Annual or almost so in Sweden and Finland, vagrants also recorded west to the Netherlands and France, various European countries and south to Sardinia, Tunisia and Chad.

Considered conspecific with Tawny Eagle Aquila rapax by some authors. The subspecies vindhiana of the latter is sometimes included in this species. 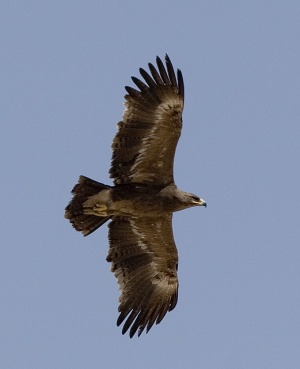 Lowland steppe, semi-desert and foothills. Occurs up to 2300 m.

The diet consists mostly of carrion, but will kill rodents, small mammals and birds. Subspecies orientalis specialises in hunting suslick (ground squirrels). They will also snatch food from other raptors. 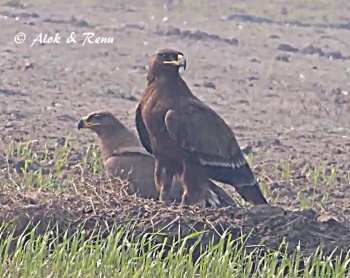 Search for photos of Steppe Eagle in the gallery

Search for videos of Steppe Eagle on BirdForum TV