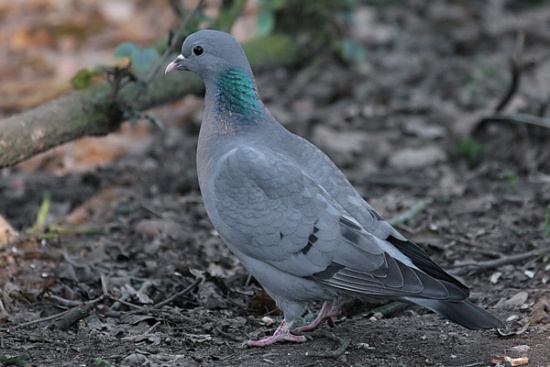 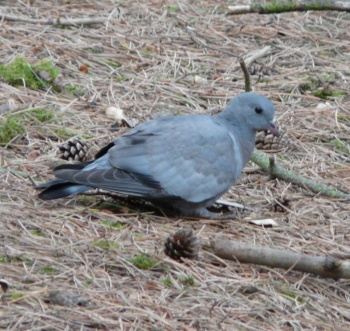 This medium-sized pigeon is slightly smaller than the closely related Rock Pigeon. It has a similar plumage but lacking the white rump. It also has a dark eye and the plumage is generally darker (beware aberrantly plumaged Feral Pigeons). 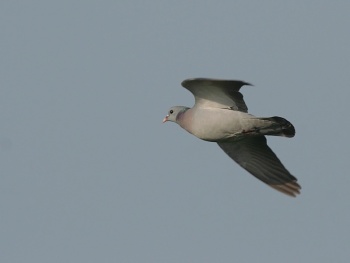 Photo by gerwin
Almere, The Netherlands, May 2007

They can be found in a wide variety of habitats, including woodland, marshes, with reed beds, meadows, scrubland, farmland, cliffs and quarries.

Have been observed drinking water whilst flying.

The diet includes young shoots and seedlings. Stock Doves are a staple bird of farmland and are often seen feeding on crops.

They nest in trees in small copses and woods.

Search for photos of Stock Dove in the gallery

Search for videos of Stock Dove on BirdForum TV