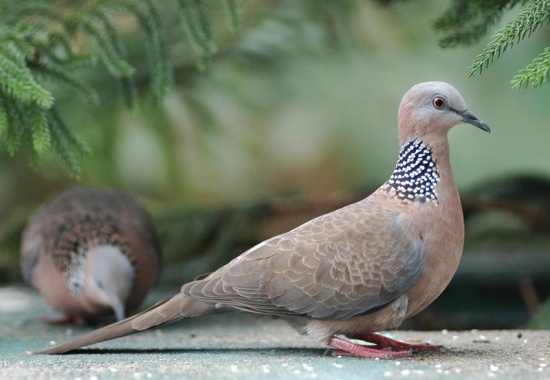 Sexes are similar
Juveniles are duller than adults often lacking the patchy neckband when very immature. 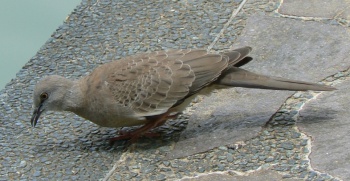 It has been introduced to Australia and New Zealand, Mexico, several Pacific Ocean islands, and parts of the United States (abundant in Hawaii, local in California).

This species has recently been transferred, with its closest relative the Laughing Dove, to the genus Spilopelia by several authorities following the studies of Johnson et al. (2001)[1][2][3]. 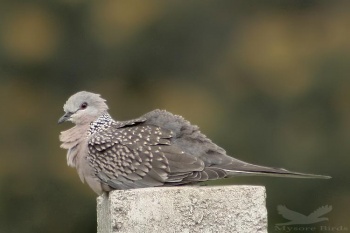 Some suggest that S. c. suratensis may be better treated as a distinct species[5]; it differs in much more strongly marked wing coverts.

They are fairly terrestrial, foraging on the ground in grasslands and cultivation. 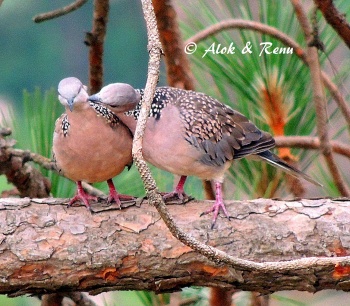 They breed throughout the year. Their round with stick nests are found in trees, edge of buildings or on the ground. The clutch consists of 2 glossy white eggs.

The diet is not too well recorded but is known to include grass and herb seeds, grains and small fruit.

Call: a repeated sequence of coos

Search for photos of Spotted Dove in the BirdForum Gallery

Search for videos of Spotted Dove on BirdForum TV