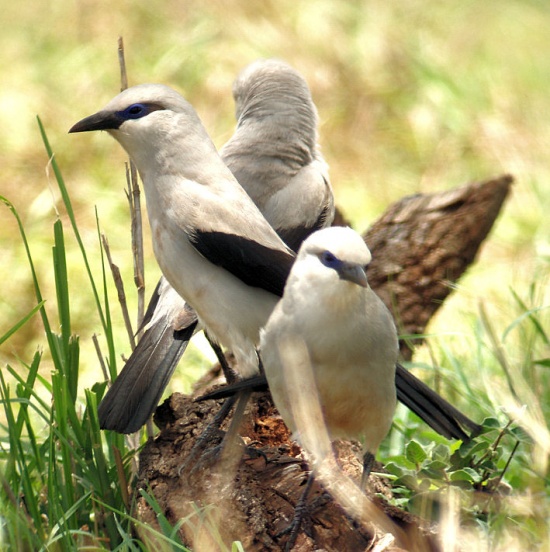 Endemic to Ethiopia where found around the towns of Yabello, Meega and Arero.
Fairly common but has an extremely small range and therefore classified as endangered.

This is a monotypic species which is the only member of the genus Zavattariornis.
DNA analysis confirmed the inclusion in the Corvidae and revealed the genus Podoces as closest relatives. 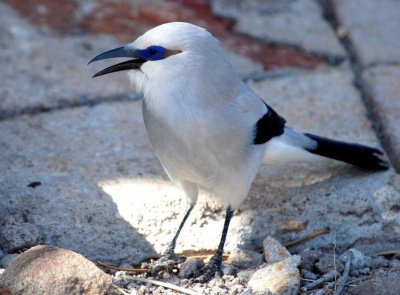 Feeds almost exclusively on insects.
Forages on the ground, usually in pairs or groups of 5 or 6 birds. Mixes with other savanna birds like Northern Red-billed Hornbill, Red-billed Buffalo Weaver, Superb Starling and White-crowned Starling.
Breeding starts in late February to early March. They build a globe shaped nest with a tubular top entrance high in an Acacia tree. 5-6 cream eggs with lilac blotches are laid.
A resident species.

Search for photos of Stresemann's Bush Crow in the gallery